2019 Newsmaker of the Year: Toto Wolff 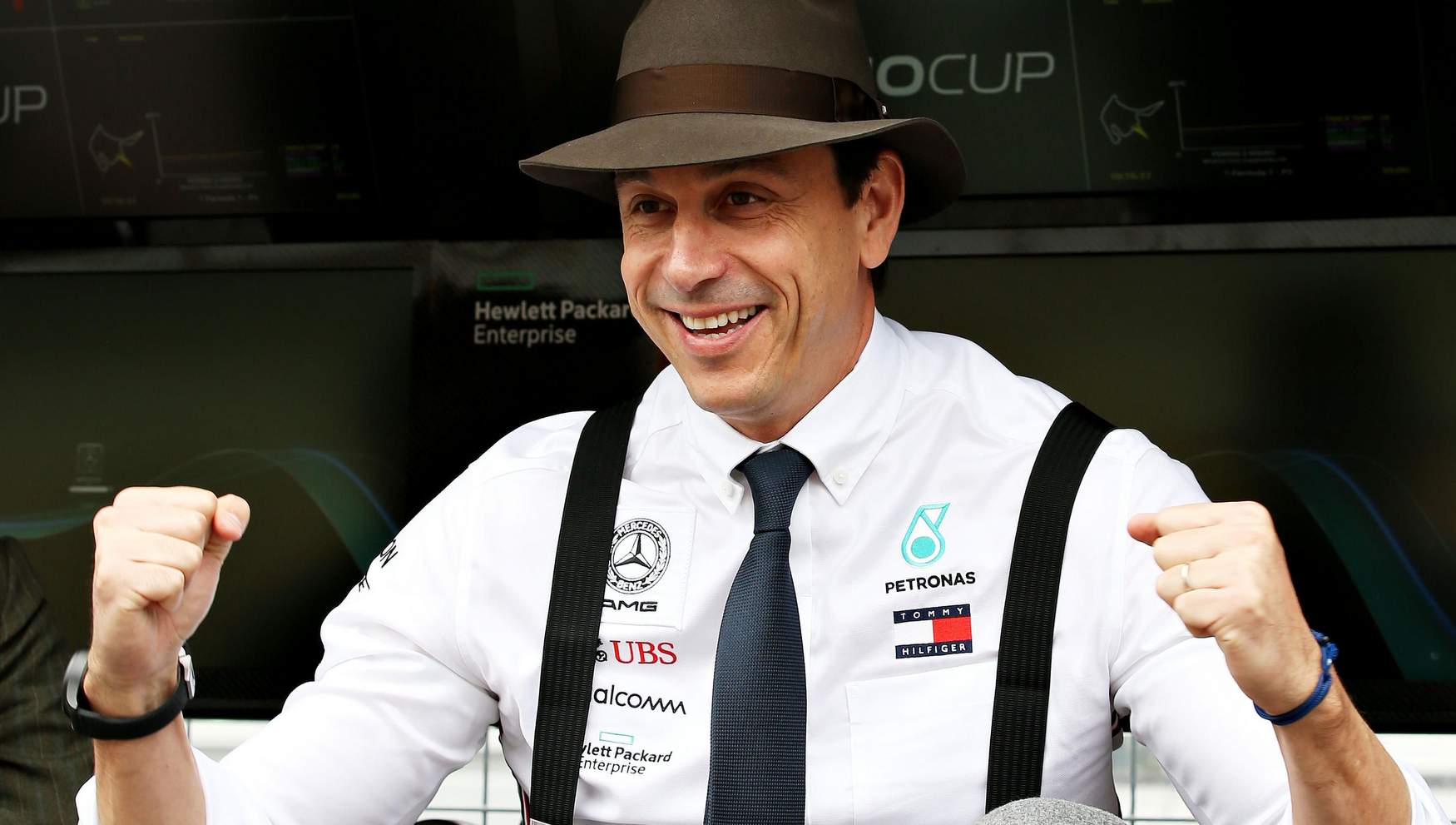 A man who has presided over the most successful winning run in the history of the sport, Toto Wolff was a headline-grabber unto himself in 2019.

While unlike previous winners — including his good friend, the late Niki Lauda — there was no individual story for which the Mercedes boss won this award, Wolff is a deserving recipient for the sheer depth and breadth of his contribution to the news-cycle throughout the year.

From juggling the fates of his drivers, to vowing to journey with them to Mars, the 47-year-old Austrian was a constant source of soundbytes, and when he talked, people tended to listen.

Indeed, if there’s anyone who best fits the “statesman” role of F1, it’s probably Wolff — so much so that his name has even been linked to a job with F1’s owners, Liberty Media.

Whether anything comes of those rumours — or the ones about a possible switch to Ferrari — we can only wait and see, but in any case he is your 2019 Newsmaker of the Year.

Toto Wolff is the puppetmaster in Formula 1 by virtue of the fact that he has built the most potent team in the sport’s history. Along with Niki Lauda, they began this journey almost a decade ago and, from almost scratch – which Brawn GP was before they took over – they monstered the new hybrid turbo technology, leaving their rivals in their wake.

I have always believed that Mercedes have lots of dormant ammo that Wolff (and his team) can dial in when required, and if they are missing anything they can then count on Lewis Hamilton to step up and hit it out the park.

Thus by having easily the best package on the grid for the past half dozen years, supplying those amazing engines to minnows who for some reason cannot get near them and managing several drivers makes Wolff peerless in power.

Hamilton is good for the team and they also owe him, but the truth is even Nikita Mazepin could be fastest of all in the Silver Arrow. And there might have been a message to all and sundry when Toto plonked the unimpressive Russian journeyman and allowed him to beat everyone on that day of testing Bahrain earlier in the year.

Needless to say, every driver has Toto on speed-dial, he also has a huge influence in the way the future the sport may go. Hey, he might even become the uber-boss when Chase Carey departs, or he is heading to Ferrari with Lewis or might he just stay put with Mercedes and carry on setting new records.

In the end, Wolff hogged headlines in 2019 in a manner he would never have done had his team been toiling at the wrong end of the grid. The more his team wins the more powerful he has become and the headlines have duly followed. (Paul Velasco)