Abiteboul: I’d Rather Have No Car Than a ‘Fake’ One 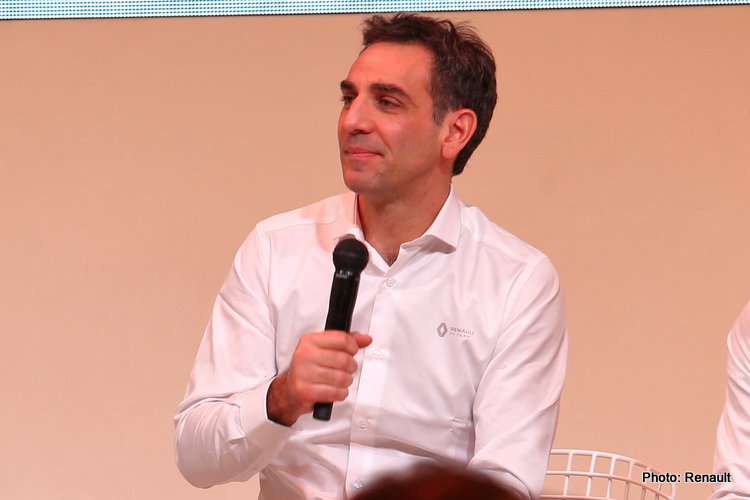 Cyril Abiteboul has hit back at criticism over Renault’s decision to launch their 2020 Formula 1 season without a car, suggesting the ‘only option’ was to have a ‘fake’ version that would satisfy no-one.

In what can be read as veiled shots at some of the launches by rival teams, Abiteboul argued it wasn’t worth the inevitable scrutiny to reveal a lesser version of their actual car.

“I’m a bit frustrated at seeing comments of people on social media trying to interpret cars that are not the actual car,” he told reporters at the launch of Renault’s 2020 season on Wednesday.

“There is no way that we can have a car here because the car frankly is still in bits, still being produced or being shipped to Barcelona.

“I don’t want to play dumb with people, I think people deserve reality, and they don’t deserve fake information – or fake cars. So I don’t want to present fake cars. So no car, renders of the car, some glimpses of the livery and for the actual car you’ll see it in action in Barcelona next week.”

While the lack of any car is sure to cause speculation that Renault is behind-schedule with its 2020 challenger, Abiteboul asserted “if anything, we are much more on schedule than we were last year.”

“You may remember that last year we invited you guys to come to Enstone and actually I mentioned how late we were. And that was a fact.

“And probably it was also something that impacted reliability at the start because, when you are late, you are reacting and it is all about trying to catch a train that’s gone anyway. So this year we are ahead of schedule.”

In any case, it will be another week until the RS20 makes its actual debut in Barcelona, with Abiteboul emphasizing his excitement about the progress the team has made, and will continue to make through the next two seasons.

“This year we decided to take a bit of a different approach. The regulations are stable, so it was offering a fantastic opportunity to keep some elements of the car that have no direct responsibility towards the performance of the car.

“It doesn’t mean that it is the same car – it would not look very attractive. But what we have decided to do it focus on performance areas and by doing that, you also work towards 2021.

“If you can be focused on 2020 then you have some extra capacity available for 2021. That’s the logic behind what we have done. Whether it works or not, let’s see in Melbourne on the Saturday.”