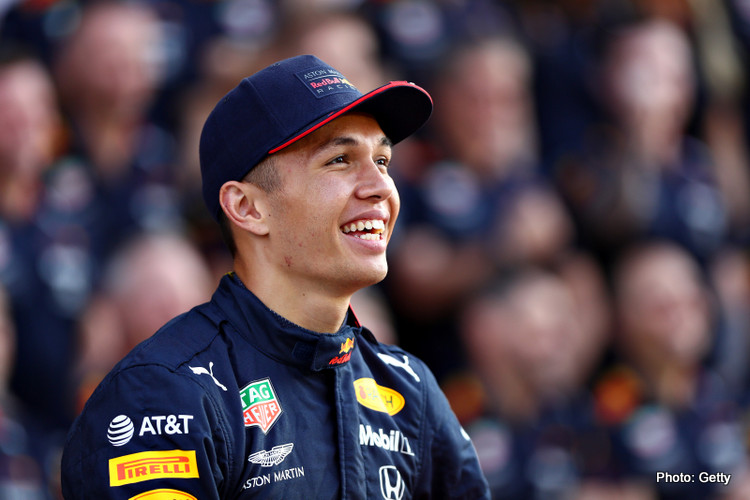 Red Bull’s Alexander Albon has revealed he is expecting significant improvement in 2020, with the belief he will have a full season with the team helping to take a “weight” off his shoulders.

Enjoying a meteoric rise in 2019 that saw him go from a last-minute inclusion on the Formula 1 grid at Toro Rosso to the Red Bull senior-team after a mid-season swap with Pierre Gasly, the 23-year-old Thai now has his sights firmly set on making the most of the opportunity provided to him.

Asked by Sky Sports how he can build on a season last year that saw him finish eighth in the driver’s championship with 92 points, Albon said he had already targeted several areas for improvement.

A member of the famously ruthless Red Bull junior programme, led by Helmut Marko, Albon conceded he still had doubts over his immediate future after his promotion, but now heads into 2020 trusting he has the room and support to grow.

“Once it was clear that I was in the team for another year, it straightaway moved the attention to this year and was kind of a weight off my shoulders and it felt like the team was trusting you, and they do, it’s very much a family and I do feel the support from everyone in the team.”

Expected to play wingman to teammate Max Verstappen in his bid for a world championship, Albon might find his leash shorter than expected should he endure a slow start. Conversely, should he perform well, Red Bull will be pleased to finally have a driver fill the shoes left by Daniel Ricciardo after his departure to Renault at the end of 2018. Whether he sinks or swims, we will start finding out next week with the first round of testing in Barcelona.