The Alfa charger’s name popped up at the top of the time screen with less than 40 minutes to go, Kubica clocking in with a lap in 1m16.942 that edged AlphaTauri’s Pierre Gasly by 0.598 s while Red Bull’s Alex Albon was third. 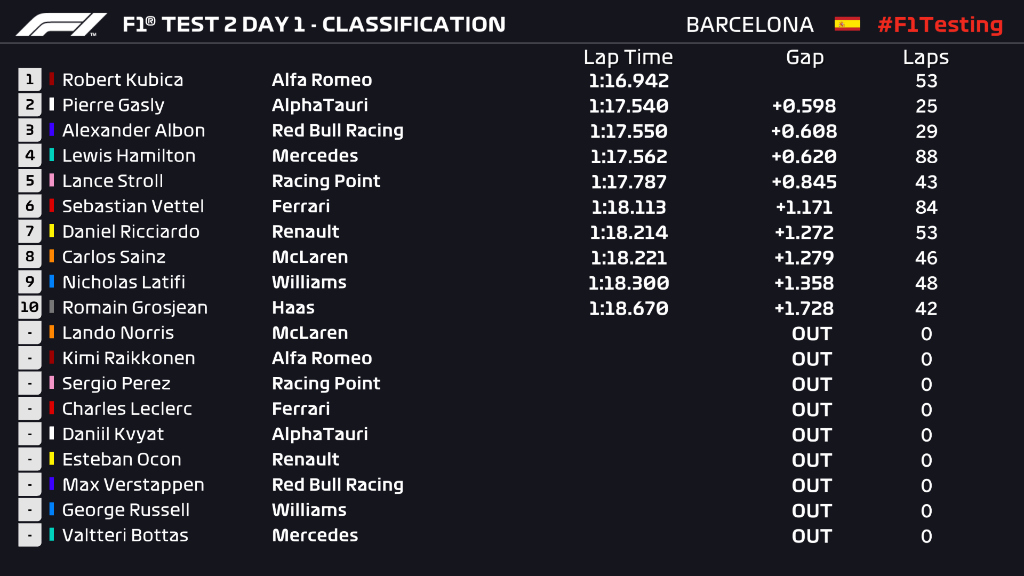 Kubica achieved his feat, which was greeted by a loud cheer by a handful of his supporters in the grandstands, with a hot lap on the C5 tyre, Pirelli’s softest compound.

Both Gasly and fellow Honda-powered driver Albon were late starters to the session, having been consigned to their respective AlphaTauri garages for the better part of the morning.

However, the issues impacting the two drivers were independent from each other and unrelated to their power unit. A loose pipe detected during an early installation lap was the culprit in Gasly’s case.

Lewis Hamilton was the driver that logged the most miles before the lunch break, raking up 85 laps as the Briton and Silver Arrows squad ran through their scheduled programs. 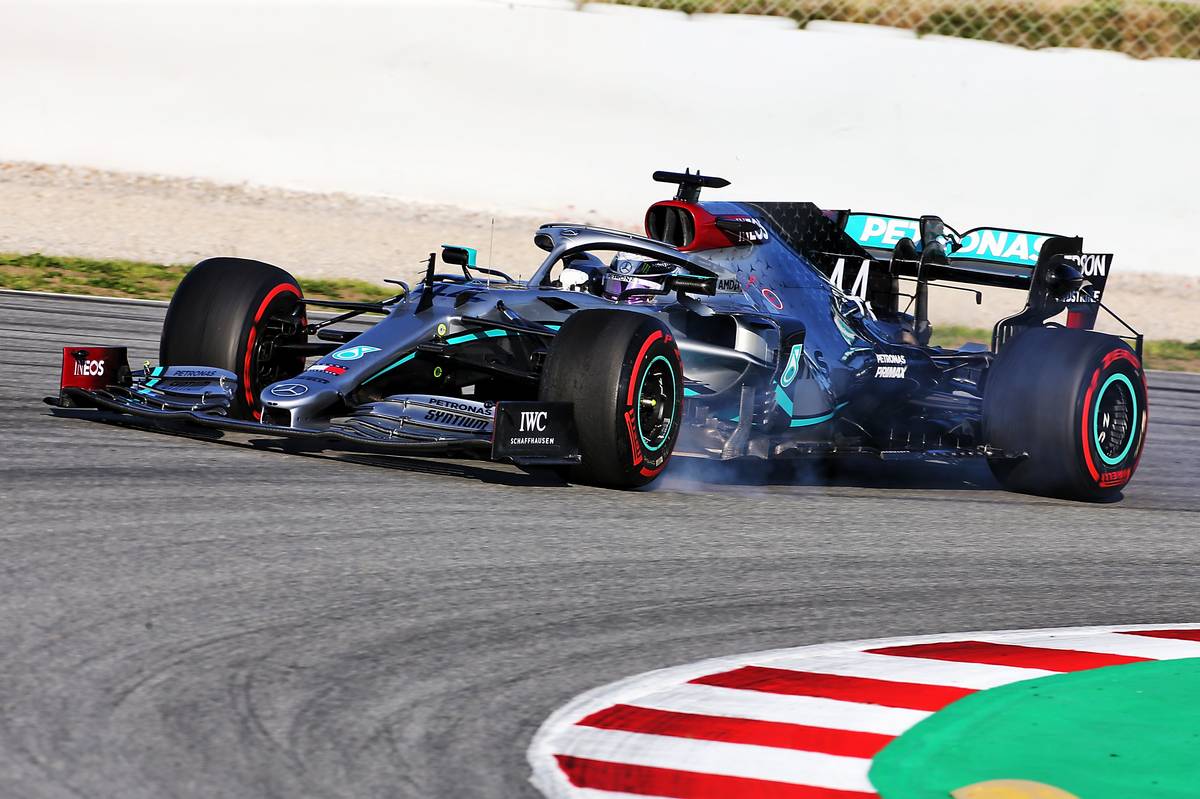 Racing Point’s Lance Stroll topped the charts at one point, confirming the pace of the pink outfit’s RP20, but ultimately ended his session 5th.

Sebastian Vettel traded fastest laps with Hamilton in the early part of the morning but clocked in 6th.

The Ferrari driver’s workout was marked by a big spin which occurred after Vettel had run wide through Turn 8. But the mishap was fortunately without consequence.

That was close! #F1Testing
Red flag to clean all the debris

With over an hour left on the clock, Nicholas Latifi brought out the red flag as a result of his Williams shutting down on the back straight, with a transmission issue seen as the most likely cause.

Haas’ Romain Grosjean rounded off the morning’s top-ten. The Frenchman will be the only driver to continue testing this afternoon as all other teams will rotate their drivers.