Mercedes technical director James Allison says the German team opted for an “aggressive” design approach for its 2020 car to avoid being “left behind” by its rivals this season.

Considering this year’s unchanged regulations, Mercedes was initially tempted to field a car that would have been an evolution of its race winning 2019 W10 Silver Arrow.

But Allison’s engineering department ultimately decided to boldly follow a more revolutionary design path for 2020 in a bid to keep Mercedes’ rivals at bay.

“The temptation for us was just to keep polishing that one [W10], after all it finished the season really strongly and it was developing very fast all the way through the year, so there was still lots of opportunity to make that one quicker,” Allison explained in a video released on Sunday.

“That conservative approach was very, very tempting. But in the end, we decided that wouldn’t be enough.

“We were feeling the breath of our opponents on our shoulders. We know their hunger and we know that if we don’t do something impressive with this car, they will eat us up and leave us behind.

“So, we decided that we would make a car that was aggressive.

“Despite the fact that there is no change in the regulations, we would take every part of the car and see if we could challenge ourselves to make it better.”

Relative to last year’s car, Mercedes’ W11 features changes to the front suspension that give “more aerodynamic opportunity in the front end”, a revamped bold rear suspension that helps create more downforce and an upgraded engine that can run at cooler temperatures, which in turn allow for smaller radiators that produce better airflow.

“You’re not going to see all the detail, but I can tell you that the rear suspension on this car is extremely adventurous,” Allison added.

“We have put into the back, specifically on the lower rear wishbone, we have put a new geometry in there, a new geometry that gives us more aerodynamic opportunity, allows us to get more downforce on the car.” 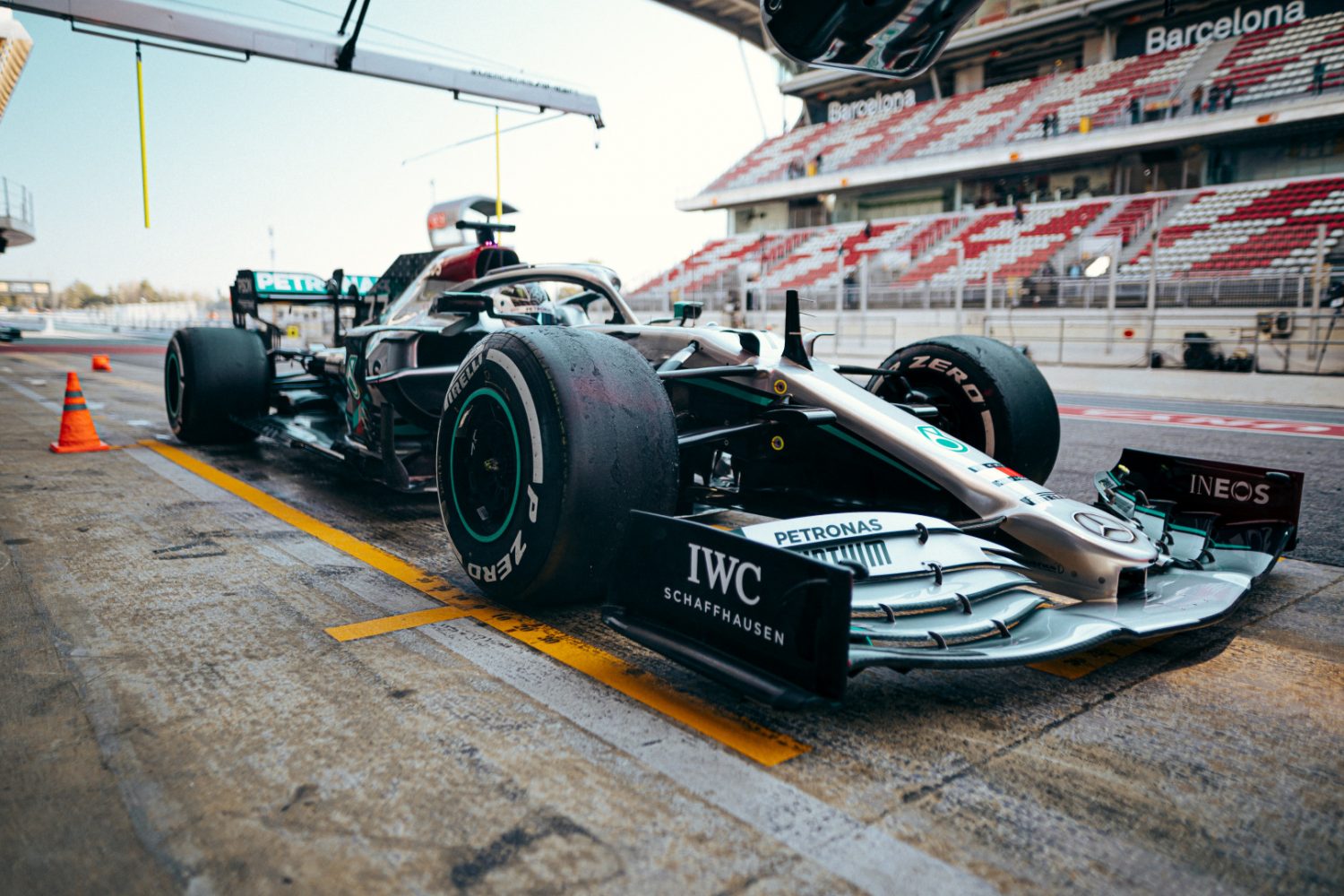 In terms of overall downforce, Allison insists that W11 is a big step forward compared to its predecessor.

“We have got a car here that is streaks ahead of that one in terms of downforce,” he said.

“We have got a car here whose development slope has kicked up, is steeper than the one that we finished last year’s with, in that very, very good car from 2019.

“And we’ve got a car here that we hope will be fertile ground to develop strongly all the way through the 2020 season.”