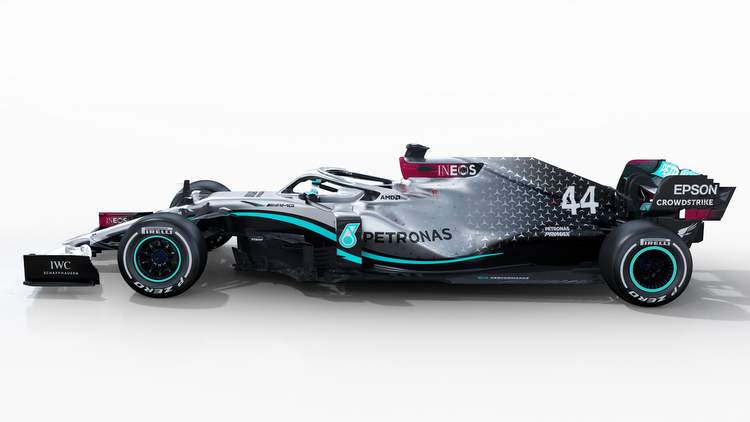 To the untrained eye, much of the changes between 2019 and 2020 Formula 1 cars may feel invisible but when it comes to James Allison, however, the story is flipped on its head as the team embark on a historic campaign to bag 14 F1 world titles in seven years.

James Allison is Mercedes’ technical director and has been in the position since Paddy Lowe departed in 2017. Allison first set foot in F1’s technical departments after graduating from Cambridge in 1991 where he took on an aerodynamics role with Benetton. He was also part of the Ferrari team through their dominance in 2000-2005.

In the Mercedes press release regarding the W11’s shakedown at Silverstone, Allison revealed, “We wanted to change aspects of the concept of the car – aspects that would be completely impossible to change within a season – to give us a more fertile platform for the new season.

“We tried to make a few well-chosen architectural changes to keep the development slope strong even though the regulations are now a little bit longer in the tooth.”

“We made three investments: One at the front, one in the middle and one at the back of the car.

“All three investments were improvements in their own right, but their real effect is to mobilize a raft of secondary aerodynamic gains both during the winter and, we hope, across the season to come.

Both Lewis Hamilton and Valtteri Bottas have taken the W11 for a shakedown today at Silverstone, but the first runs in moderate anger will come at preseason testing which commences on February 19th.

“The regulations stayed largely the same for the new year, so for us it was all about trying to make sure that we don’t run out of development steam on a package that worked pretty well for us last year,” said James.

The team also noted that in 2019, the team brought a significant upgrade to the car after the first week of testing that changed the look of the Melbourne car quite significantly compared to the launch car. This year, the race trim will be much closer to the car that is running at Silverstone today.

Allison confirmed, “We will still have upgrades for Melbourne that will come in the second week of testing, but the ‘entire new car’ approach of 2019 won’t feature.

“Last year, the regulations were changed quite significantly, and they were decided quite late in the year. Under those circumstances, doing a launch car and a week two-car gave us the chance to build the maximum amount of learning into our Melbourne car.

“With the regulations being more mature this year and with the opening stab of the 2020 development already being at the same level as the finish of last year’s car, repeating last year’s approach would not make sense,” added the Mercedes tech boss.

Love is in the air