Ferrari boss Mattia Binotto responded to the cheating accusations expressed by Max Verstappen after the US Grand Prix, insisting the comments are ‘completely wrong’ for the sport.

Verstappen told Dutch TV Ziggo Sport that the Scuderia’s underperformance in Austin was the result of a technical directive published by the FIA earlier in the weekend that would effectively ban a complex system, possibly used by Ferrari, to increase fuel flow.

“That’s what happens when you stop cheating, of course,” said the Red Bull driver. “But yeah, they had a good look at it. So now we have to keep a close eye on it, of course.”

The TD was a response to an inquiry from Red Bull which was seeking clarification on a matter that has fueled speculation in the past few months about the origin of Ferrari’s boost in performance since the end of F1’s summer break, with many suggesting that it has been exploiting a clever scheme to circumvent the fuel flow restrictions.

A disappointed Binotto addressed the conjecture, insisting that his team’s poor performance on Sunday wasn’t related to engine power.

“I read and I heard a lot of comments this weekend about a technical directive and the impact on our cars,” he said. “I heard comments at the end of the race which I feel [are) very disappointing

“As a matter of fact, I believe yesterday we were very close to pole position as it has been in the last race.

“I think Seb could have scored pole yesterday, but maybe was a bit too cautious in one corner.

“I think that Charles had a clear problem in the morning, losing completely FP3 and then had a downgrade on the engine we fitted on the car.

“Overall, looking at his performance in Q3 and what could have been done, without the issue in the morning, I am pretty sure that he was potentially on the pole as well. 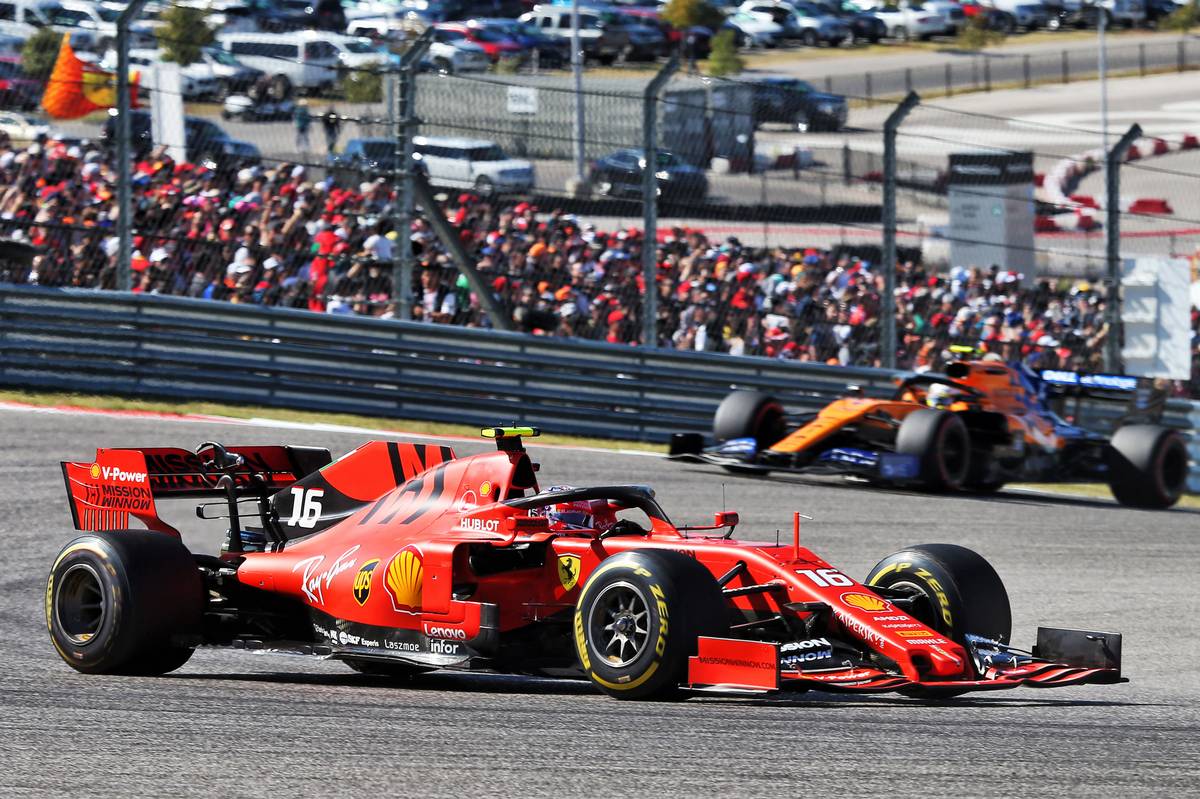 Sebastian Vettel struggled from the outset in Sunday’s race and was eventually sidelined by a suspension issue after eight laps, while Charles Leclerc was never a force to be reckoned with, finishing his day a distant fourth.

Binotto pinpointed Ferrari’s lack of grip as the main culprit for his drivers’ struggles at the Circuit of the Americas.

“If I look at the race today, certainly the speed on the straight was not our issue whereas we had clear problems with the grip of the car on the first stint with both drivers,” said the Scuderia boss.

“It is the type of comments that are completely wrong in the sport. It is not good for the sport and I think everybody should be a bit more cautious.”

“I think it’s a joke to be completely honest,” said the Monegasque.

“He has no clue, he’s not in the team. So, we know exactly what we are doing and I don’t know why he’s speaking, he doesn’t know anything about us.”