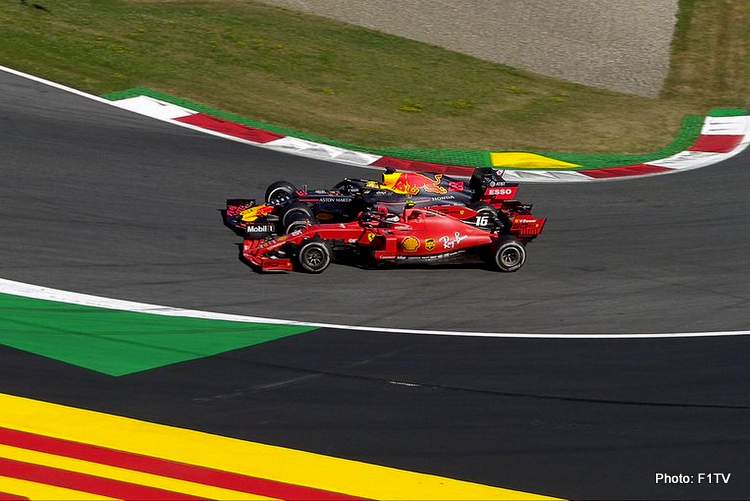 Max Verstappen and Charles Leclerc – the future stars of Formula 1 – slugged it out in a thrilling Austrian Grand Prix with the Red Bull driver taking a second victory in two years at the venue owned by his team. 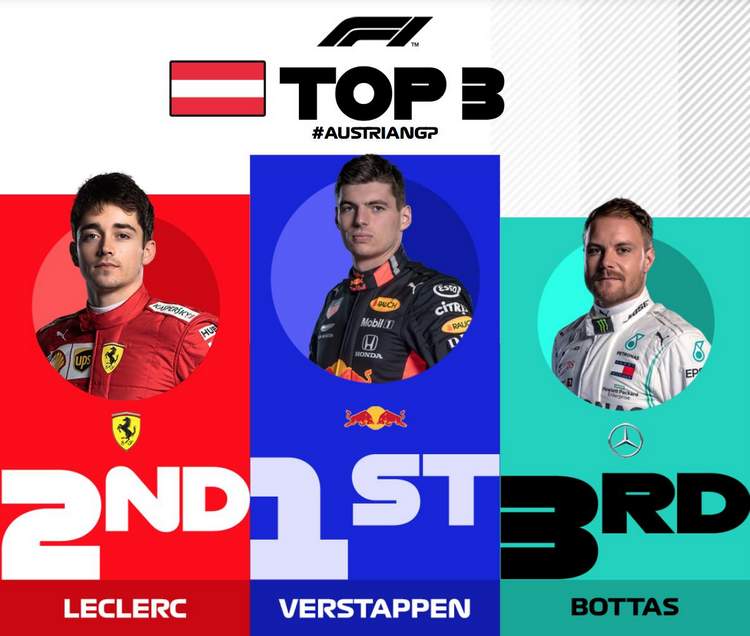 It was a nail-biting duel as the pair dodged a weaved, rubbed wheels as Leclerc did all he could to keep Verstappen at bay, but in the end the Dutchman sent the orange army into euphoria in the heat of Spielberg as he muscled his way past the Ferrari – at time of writing stewards were looking at the incident.

It was a great drive from Verstappen, after messing up the start and was swallowed by the pack he dropped down to seventh and dropped 14 seconds behind the leader at one stage. But the Dutchman was relentless and kept his head down to deliver the kind of performance that fills grandstands, arguably his best drive to date and sets him up there with the very best drivers of this sport.

Afterwards, Verstappen said, “After that start I thought the race was over, but we just kept pushing hard. I had quite a bad flat spot on my first tyre, and then after the pit stop we were flying. You could see we had good pace on the straight to make the pass. I’m delighted for the team and for Honda.”

As for the ‘fisticuffs’ with the #16 Ferrari, “It’s hard racing, otherwise we have to stay at home. If those things are not allowed in racing, then what’s the point of being in F1.”

Here’s where he lost 7 places off the grid:#AustrianGP #F1 pic.twitter.com/gcpizha7OD

Leclerc was not happy with the move that cost him the race which looked like his to win as he seemed in control from the moment he took the lead from pole until Verstappen decided to change the script.

His victory is packed with milestones including the big fact that Honda are back on the top step of the podium for the first time since 2006 and finally a non-Merc winner this year.

Leclerc summed up, “Overall the race was good, at the end, I had a bit more degradation than I thought so Max came back. I’ll let the stewards decide, but for me in the car, it was pretty clear. I don’t know how it looked on the outside, but we will see.”

“I was on the outside just like the lap before, it was fine because he left the space for the exit on the corner, but he didn’t on the next lap, so we touched and I had to go wide and then obviously I didn’t have another chance to pass back, so it’s a shame,” added the Ferrari driver.

Mercedes met their match this weekend at Red Bull Ring, the short circuit kinder to their rivals. Nevertheless, Valtteri Bottas did well to finish third while teammate Lewis Hamilton had one of his less flash afternoons as he damaged his front-wing on his way to fifth on a day he never found the sweet spot.

Bottas, who finished 19 seconds behind the leading duo, reflected, “It was a little bit more difficult than we expected, especially with the over-heating of the engines, so we couldn’t really race properly having to manage the temperatures. That’s why defending and attacking was difficult but we got some good points. It’s not a bad weekend.”

Sebastian Vettel did well to recover from ninth on the grid to finish fourth, overtaking Hamilton with the flag in sight. The reigning F1 World Champion was fifth and thus ended a ten race streak of top three finishes.

His teammate Carlos Sainz also delivered a strong performance to finish eighth from 19th on the grid on a great weekend for a revitalised McLaren team who were the class of the Renault powered brigade. 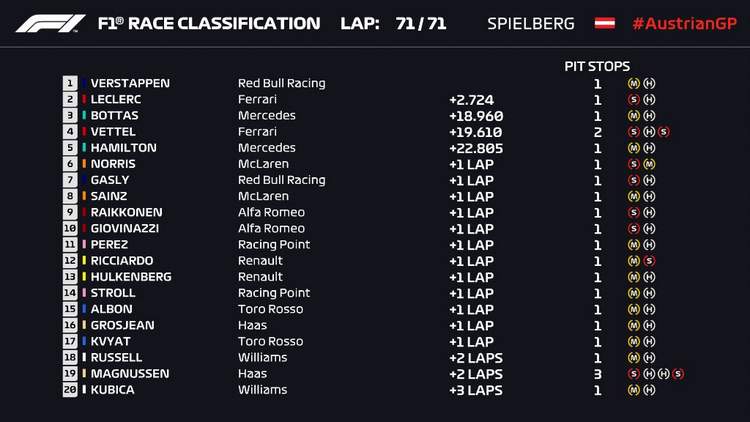