Berger: Vettel’s Best Years Are Behind Him 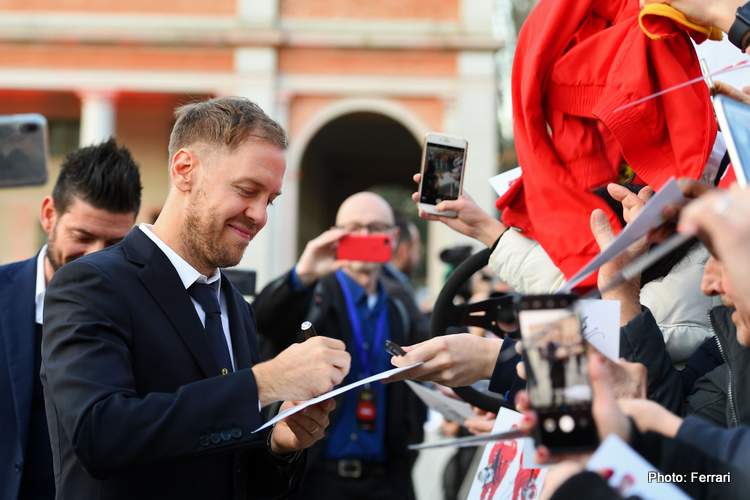 Former Ferrari driver Gerhard Berger has issued a stern warning to Sebastian Vettel, suggesting he will have a hard time fending-off his “young, aggressive and fast” teammate Charles Leclerc this year.

Asked in an interview with motorsport-total.com to forecast Vettel’s 2020 Formula 1 season, Berger stressed he risks being usurped by his 22-year-old teammate.

“I think that’s just the way things are. You are a racing driver, you are young, aggressive, fast, successful. It’s all in your favor,” he explained.

“But at some point the time will come when you’ll be in the last third of your career and the boys will come up behind you and start pinching and biting.

“At this stage, Sebastian is in the last third of his career, and Leclerc in the first.”

Having said that, Berger suggested the 32-year-old will not go down easily, even if the future belongs to the Monegasque.

“Whether he succeeds or fails, we do not know. It will certainly be exciting to see how this turns out. But whatever the outcome, at the end of the day, Leclerc still has the future ahead of him and Sebastian has his best years already behind him.”

“Leclerc will be a tough nut to crack. But Sebastian has always been ahead in the second half of the year [2019]. I wouldn’t say the subject is over.”

Co-owner of Toro Rosso when Vettel was at the team from 2007-08, Berger has seen the German go from a fresh-faced prospect to a four-time world champion. And yet despite his fondness for his former charge, his personal experiences with the Scuderia have him fearing Vettel’s time at the team could soon be coming to an end.

“Basically, Ferrari is the greatest team you can be with. As a race driver it is the most beautiful team you can work with.

“But you also have to be prepared to master certain situations, perhaps with less support than with another team. You’re on your own.

“The disadvantage with the Italians, and especially with Ferrari, is that they forget the past very quickly and jump on the next horse because that’s going well at the moment.

“Here comes a youngster, he speaks the language perfectly, he is half Italian, hits the ground [running] and you can see the future in him.

“Mentally, it’s already difficult to [manage] in this team, but Sebastian is a four-time World Champion […] and will have to [manage] that also.”