Mercedes drivers Valtteri Bottas and Lewis Hamilton were in imperious form on Friday, on the last day of the first 2020 pre-season test at the Circuit de Barcelona-Catalunya.

Bottas had set the best time of the morning session, with a lap of 1:15.732s on the C5 soft Pirelli tyre, just three tenths off his pole time in last year’s Spanish Grand Prix qualifying. It put him over a second clear of the rest of the field, before handing over the W11 to Hamilton at lunch.

Although mainly focussed on longer runs, Hamilton did also undertake a number of speed trials using the controversial DAS innovation and the softest compound. However he ultimately finished almost eight tenths off of his team mate’s pace by the end of the day’s running, despite exceeding the Finn’s total tally for the day by eight laps. 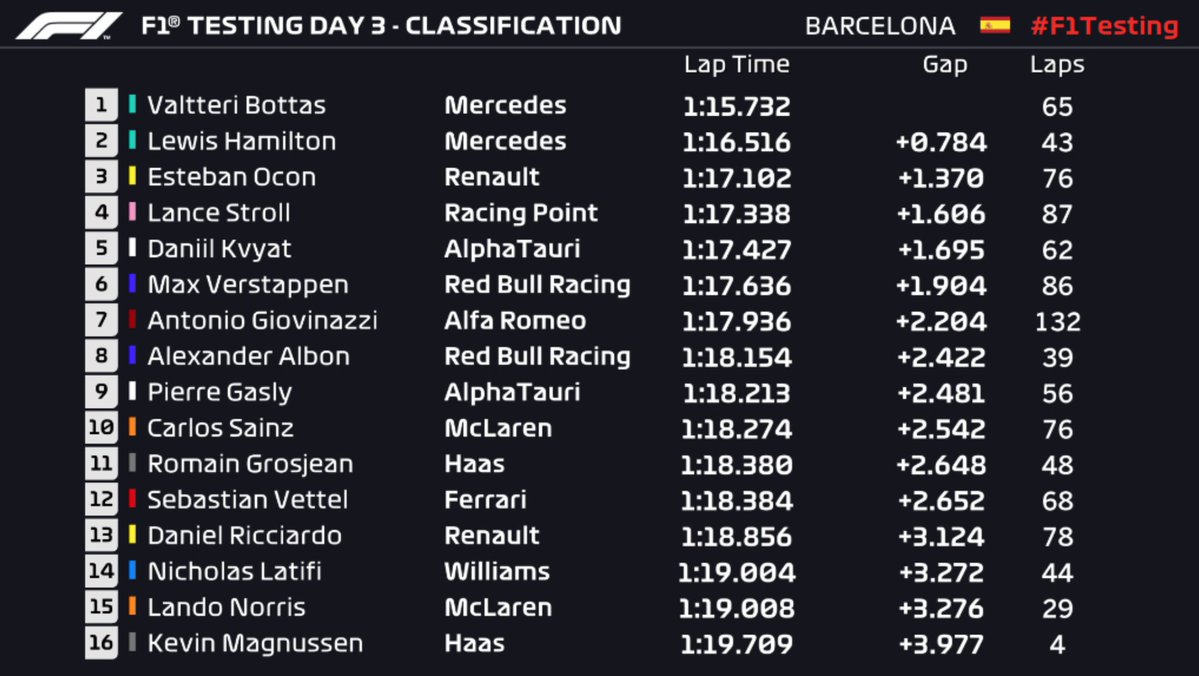 Between the two drivers, Mercedes completed 138 laps with no sign of a recurrence of the electrical issues that forced an early end to the team’s running on Thursday.

Esteban Ocon held on to third spot in the day’s overall timings for Renault with his morning stint. That put him ahead of Racing Point’s Lance Stroll, who confirmed the team’s strong pace with the fourth quickest time after completing 116 laps.

Daniil Kvyat was fifth fastest for AlphaTauri, while Alfa Romeo’s Antonio Giovinazzi completed more laps than anyone else and was ultimately sixth fastest following 152 tours of the Spanish track. 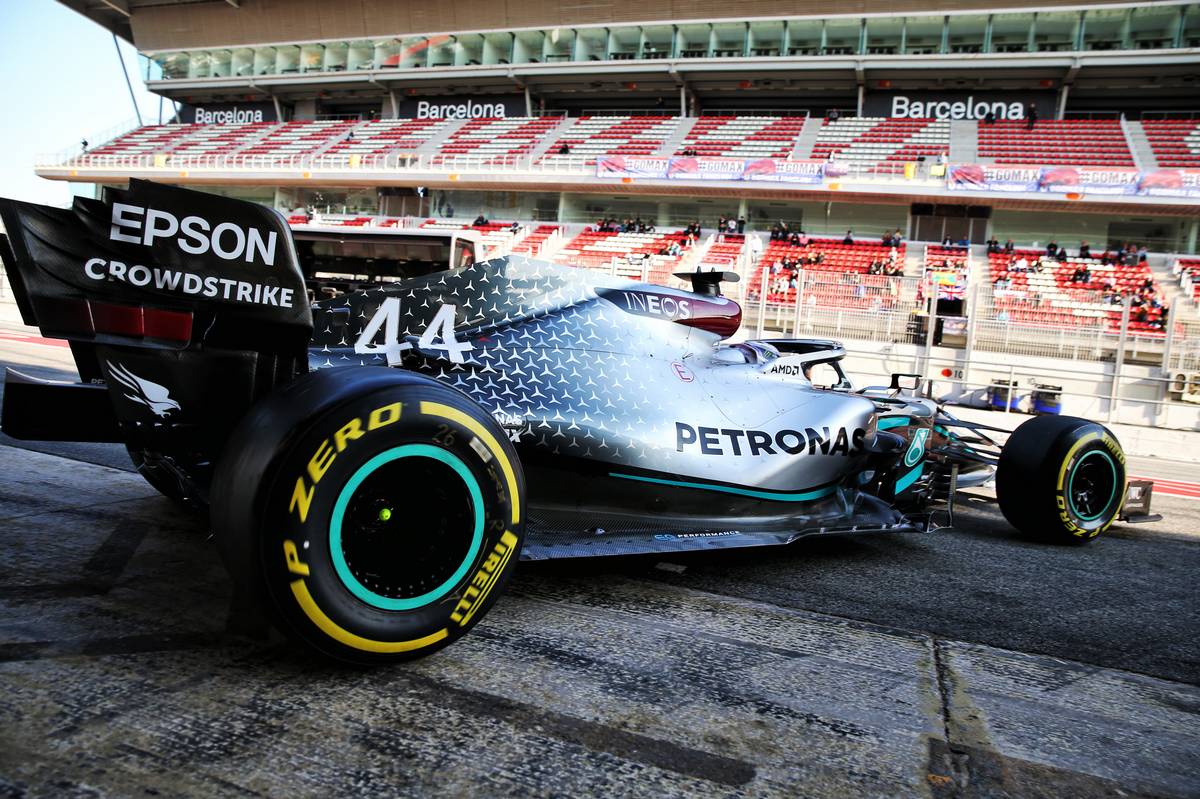 Friday morning had seen the first two ‘genuine’ red flag stoppages of the test, with Ferrari’s Sebastian Vettel and Williams’ Nicholas Latifi both grinding to a halt out on track with mechanical issues.

Vettel was back in action at the wheel of the SF1000 soon after lunch and went on to complete a further 60 laps before the chequered flag, although he remained a disappointing 13th in the overall classification for the day and a worrying 2.652s off Bottas’ benchmark time.

An engine change on Latifi’s FW43 meant that the Canadian rookie was forced to sit out much of the afternoon, but he was finally able to return to action in the last 45 minutes and improve his lap count to 72.

There had been a further red flag shortly after lunch when Kevin Magnussen suffered a puncture and spun through the gravel and into the barrier at turn 8 after completing just four laps. The most serious incident of the test to date, it meant that the Haas VF-20 needed major repairs and the Dane was not able to take any further part in the day’s activity.

A fourth red flag materialised with 75 minutes remaining in the session, when Daniel Ricciardo pulled over in the Renault in the run into turn 9 with a suspected engine issue on the R.S.20. The team described it as a ‘precautionary stop’ and he was able to get back out on track in the final hour, duly rising to seventh place in the timesheets after completing 93 laps. With Ocon’s tally it meant that Renault has run a total of 169 laps on Friday, it’s best performance of the week.

Lando Norris was also sidelined for a spell late in the afternoon while the team worked on the MCL35 in the team garage. Although he was able to get back out before the end of the session, he completed just 49 laps after taking over from Carlos Sainz at lunch time, and was only 14th fastest ahead of Latifi and Magnussen having focussed on long runs using the hardest C1 compound.