Both Toto Wolff and Valtteri Bottas agree that Mercedes’ decision to start the Russian Grand Prix on the medium tyre allowed it to capitalize on a decisive mid-race VSC/Safety car combo.

Ferrari looked set to dominate its rivals in Sochi, but Sebastian Vettel’s retirement and a mid-race VSC turned the tables on the Scuderia.

Both Lewis Hamilton and Bottas jumped ahead of Charles Leclerc and never looked back. But the opportunity was set up by the Silver Arrows strategists’ decision to put their drivers on Pirelli’s medium compound for their opening stint, while most of their rivals were shod with the soft tyre.

After the race, Wolff explained why that call had been decisive.

“It was crucial, because one of the things that we were looking for or that we were hoping for was a late safety car,” said the Mercedes chief.

“And only the medium was able to extend the stint, and that’s what happened, caused by their car failing.”

Bottas, who finished runner-up to Hamilton, also underlined how strategy and circumstances had favourably combined for Mercedes and allowed it to prevail despite the Scuderia’s superior level of performance. 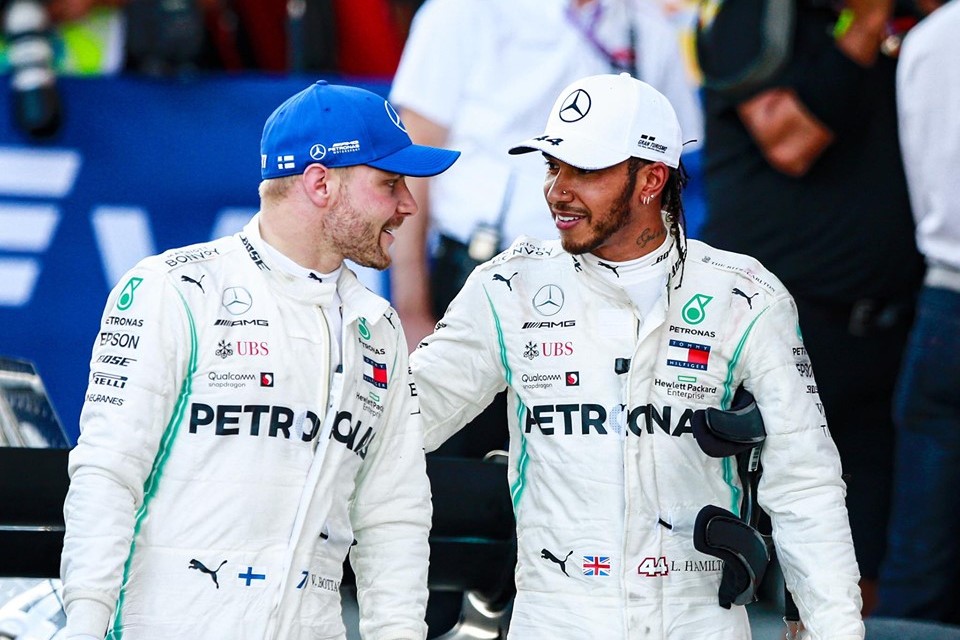 “They had a strong car today, good pace and, as we’ve seen this year, they’ve been extra quick on the straights,” said the Finn.

“So I knew if they get close enough, especially in sector three, they are going to be a big threat into Turn 2. Just really had to try to keep it together, try to minimise the mistakes and the car felt pretty decent today, especially with the soft tyre in the corners.

“I think the team did all the right things. Already the decision to start on the mediums to go long in the first stint, you start to hope for that VSC or safety car to come – and today it came, like a miracle.”

Conversely, had there been no mid-race safety car, it would have been a very different story for Mercedes insists Wolff.

“I think we had good pace at the beginning, Lewis was able to hang on to Charles, the Ferraris were pushing each other very strong and very hard, and I think we would have gone onto the soft for the last 25 laps and been on a soft against a medium,” commented the Austrian.

“Realistically, you must say, I think it would have probably been enough to follow the gearbox, like in the last few races. But not enough.”