Bottas: Everything is a little open after this year 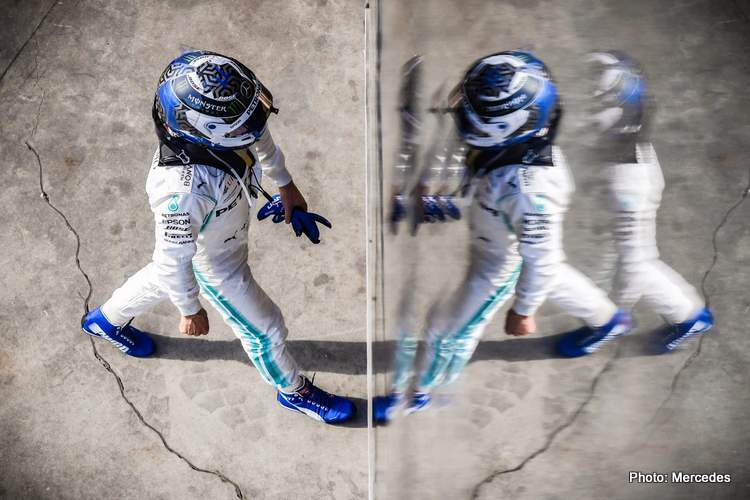 Mercedes driver Valtteri Bottas says he is not surprised that top teams Ferrari and Red Bull are leading the way with the 2021 Formula 1 ‘silly season’.

Like many drivers on the grid, 30-year-old Bottas is out of contract at the end of this season.

Worth noting is that top teams are already signing the top drivers for 2021 and beyond, with Charles Leclerc staying at Ferrari, Max Verstappen at Red Bull, and Lewis Hamilton tipped to sign a new two-year deal with Mercedes.

“Everything is a little open after this year, so maybe they wanted at least one driver to be clear. Then, you can’t be too surprised,” Bottas told Ilta Sanomat.

“Both (Leclerc and Verstappen) are young and have already shown their skills. The teams know there is no risk in keeping them. Why not? It’s a good thing that can stabilise things in the driver market,” he added.

Bottas insists he is happy to continue to be Hamilton’s teammate at Mercedes, even though there were rumours last year of some tension in that relationship.

“If there was (tension), then it was very little. We were able to work together and we’ve never been so close together. We race really hard against each other, but we’ve never had any big problems. It’s healthy that you are not racing with your best friend and the team is pretty careful that the chemistry works between the drivers,” he added.

Finally, Bottas played down reports that, after splitting with his wife Emilia late last year, he spent time with professional cyclist Tiffany Cromwell in her native Australia during the off-season.

“This is my personal, private business, so I don’t want to say anything. Certain things I share and certain things I want to keep for me,” he insisted.