Formula 1 sporting director Ross Brawn is seeking a new approach to decision making that will stop individual teams from having veto power over rule changes.

Currently, any changes to the regulations during the course of a season have required the unanimous sign-off of all ten teams to be approved. It’s made it difficult for the sport to react rapidly to issues that have arisen.

But Brawn says that will change with the new way of running F1 being introduced for 2021, and that no single team should be able to unilaterally stop changes.

“There’s been an interesting philosophical change in that area, in the new governance,” he explained in an interview with Sky Sports F1 commentator Martin Brundle this weekend.

“In the past, it needed unanimity to change a rule during the year,” he explained. “That meant if you found a loophole – and I put my hands up as someone who has in the past – you could keep that advantage for a year.

“So in the future you won’t require unanimity to change a rule during the year,” he continued, revealing that an 80 per cent majority – eight of the ten teams – would be enough to make changes from 2021.

“One of the crucial things about the governance going forward is we don’t have the situation where we get blocked completely from any change in the future,” he added in comments to RaceFans.net.

“The governance has to be a nicer and better balance of stability for the teams, with the ability to make developments when they’re really essential.”

Brawn acknowledged that he was also keen to see an end to Ferrari’s controversial unique veto on any changes to the sport, but conceded that there had been no firm decision on the matter.

“It’s not 100 per cent certain,” he replied when asked by Brundle whether Ferrari would still have that power in the future.

“I think we want to respect Ferrari and the long history they have in the sport, but I think a veto is a difficult thing.”

Brawn added that his priority in everything he was proposing was to make the sport “as great as possible”.

“We don’t have any other objectives, so our objectives are purely that,” he said. “When it comes to changes that are going to happen in the future, it’s always with those principles in mind.” 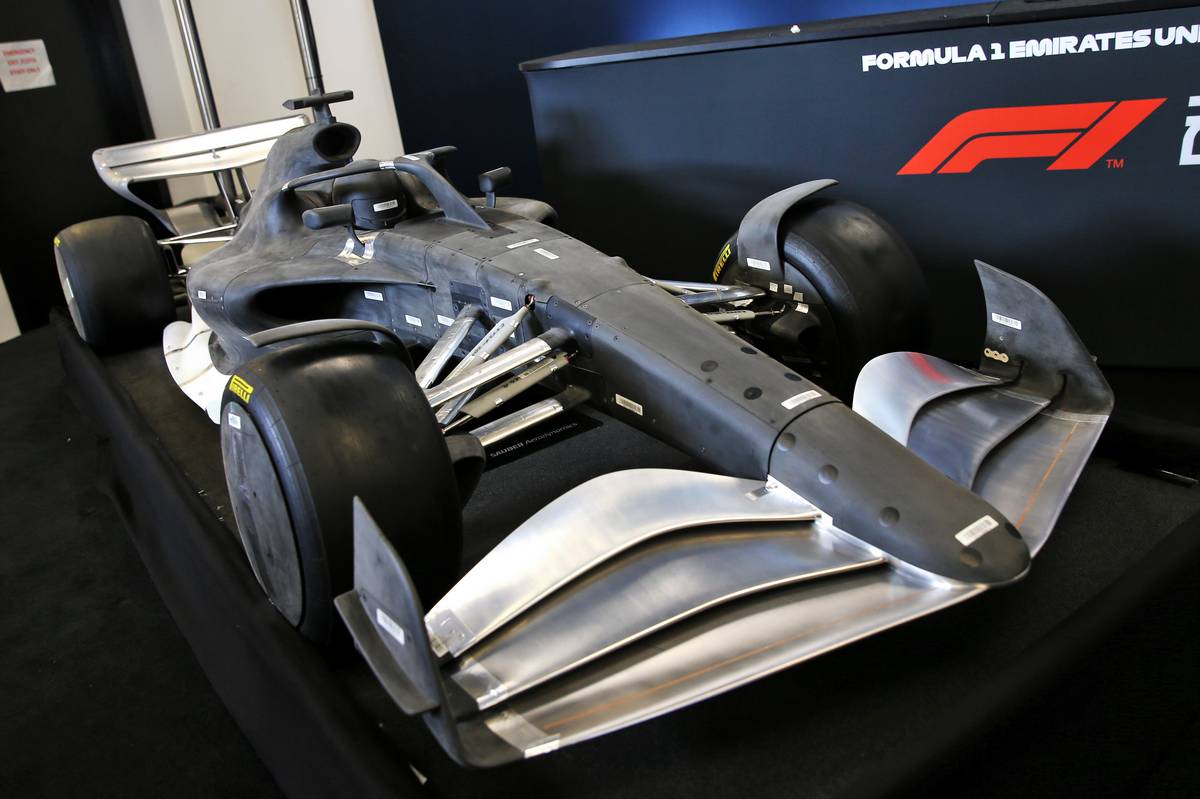 Overall, Brawn said he was satisfied with the new direction of F1 that has been outlined in recent weeks, which seeks to rid the sport of the “dreadful” current car designs that discourage close on-track action.

“We wanted to create cars where they can get closer together to race properly,” he told Brundle. “But that won’t happen unless we change the foundation of Formula 1.

“To do that we’ve brought in a budget cap to maximise the amount of money a team can spend. We’ve changed the revenue model so the prize money is distributed more fairly among all the teams.

“We’re looking at all the other elements of creating a racing car – which parts do we have that add very little value to anyone but the engineers who are designing them.

“We have an interesting new area which we call open source, so if you want to make [certain proscribed] parts yourself you put the design on a database so any team can go in and have a look at what you’re using.

“We believe it will make a substantial difference to the cost of the Formula 1 team and also to the competitive differential between the teams. These are areas of small competitive advantage but high cost to achieve that advantage.

“What we want to see is more significant and visible changes ot the cars that the fans can follow, commentators can talk about. Those are the differentials that we should be looking at, not hidden parts which no body knows anything about.

“This is it now. We’ve got a set of regulations I think are very sensible. They’re going in the right direction. Are they perfect? No, we’ll need to work on them.

“But they’re pretty good, and a whole lot better than anything we’ve done in the past.”