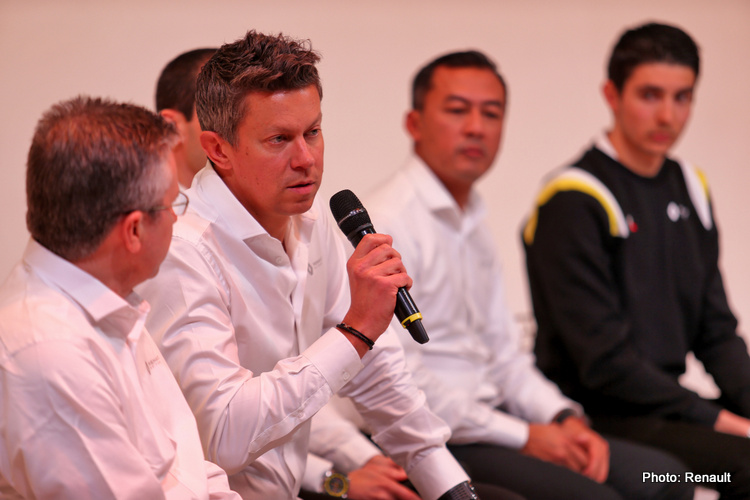 Formula 1 teams will face a major dilemma in 2020 as to when to switch focus to development of their 2021 car, says Renault’s Marcin Budkowski.

Executive director at the French constructor, Budkowski likened the situation to a “game of chicken” where everyone is waiting to see who will blink first.

“I think it is going to be a big dilemma for everybody,” he told motorsport.com.

“We have a plan, I am sure everybody has, and that plan is to shorten development into the season. It is not less development it is just more concentrated development.

“It is easy to say this now because the season hasn’t started, but at the front it could be quite interesting if the top three are fighting for the championship and it’s going to be a close fight. It is going to be interesting seeing who pulls the plug first and jumps to 2021. Are Ferrari, for example, willing to switch earlier and take a risk that another team will win?

“To be honest it is the same throughout the field. If it is a close fight for fourth, it is going to be a game of chicken about who blinks first, and who transitions first. But I think it is important we don’t get distracted because 2021 is such a big challenge and the margin of progression on the new set of rules is big.”

Set for a radical overhaul of the regulations next year, Budkowski highlighted the concerns teams have that they will be left playing catch-up if they don’t use as much time as possible to hone their new concepts, even if there are the immediate spoils of the 2020 championship on offer.

“There has been a lot of talk about ‘are these rules too restrictive?’, and yes, they are more restrictive than now and I think that is intentional to make sure that the championship is more competitive,” he said.

“At the start of a new set of regulations your development rate is massive and we are seeing this. We see a lot of opportunities to gain performance, so if you transition too late you are going to be in trouble for 2021.

“The reality is we will have to understand, by doing more 2021 development, how much potential there is and where we sit in 2020. I think every team will assess this and make their own choices. It can be interesting to watch.”

Yet to reveal their car for this season, Renault have made it well-known that they are placing their hopes for a return to title contention on the 2021 regulations. Perhaps more than any other team, they will have opened themselves up to criticism should that not eventuate.