Car of the Decade: Hard to Agree 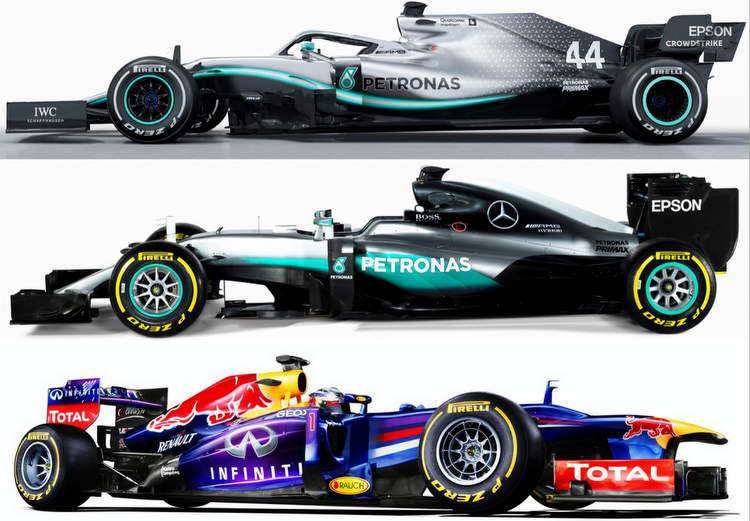 Simple maths shows that over the past decade Formula 1 teams have built over 100 different cars, one of them a year does the business while some are more memorable than others.

We take a look at the F cars that did the most ‘damage’ during the past ten years.

I was going to cop out on calling a Car of the Decade, but the boss put his foot down, so I will do so after all. First let me put my initial point — and I think for good reason too, I wanted to rather choose a Chassis and Engine of the Decade.

My top Chassis was Red Bull — unbeatable in the first four years equipped with among the better engines on the grid, it carried Vettel to a couple of hard-fought titles and was utterly unbeatable in 2011, more so in ’13. But it was more the Red Bull’s tenacity over the past six years that set it apart, initially powered by a recalcitrant turbo Renault and then a fledgeling hybrid Honda, but throw a driver’s track at a Red Bull and it was all of a sudden right back on the button.

My Engine — or should we rather call that the Power Unit of the Decade is the Mercedes. The unbeatable foundation of Stuttgart’s new turbo F1 epoch domination, it has been the cornerstone of that success carried out by the likes of Hamilton, Rosberg, Lauda and Wolff. Initially, so far ahead of the rest, it made the racing boring, but it has remained strong enough to ward off Ferrari’s response, even if that took six years to transpire…

The instruction was however to call a Car of the Decade. To me, following quite some deliberation, that was the 2013 Red Bull Renault RB9 — the car that carried Sebastian Vettel to the most dominant title win of the past ten championships also closed off a glorious and much-missed normally aspirated F1 era on top. Not only did Vettel and the RB9 win thirteen of the 19 races that year, but he also took the last nine of the year — and so the era — on the trot to utterly dominate.

Even amidst Mercedes’ historically great run as six-time world champions, the 2016 Silver Arrow stands out as their apex accomplishment. Taking 19 wins and 20 poles in 21 races, it is one of the finest cars F1 has ever seen, featuring a marriage of chassis and engine that made it essentially unbeatable.

If there’s any knock against it, it’s that it wasn’t the most reliable car Mercedes has ever produced — much to Lewis Hamilton’s chagrin — but purely on performance, I don’t think there’s a car this decade that’s better.

No F1 car ever won the first eight races of the season and that alone is enough for this car to be considered the best of all time let alone the past decade. By the time their rivals woke up the title was done and dusted by early August.

Thereafter the car needed only show up to the next races ensure the team won both titles yet again. Not only did it show up it also won another six races and from my perch, I have never seen Lewis Hamilton show so much love to a car. The kneeling, the kissing, the stroking, the hugging evidence of this.

And then in the hands of Formula 2 journeyman Nikita Mazepin, was quickest during the Russian’s stint in the W10 during Bahrain testing. Surely a race car does not get better than that.