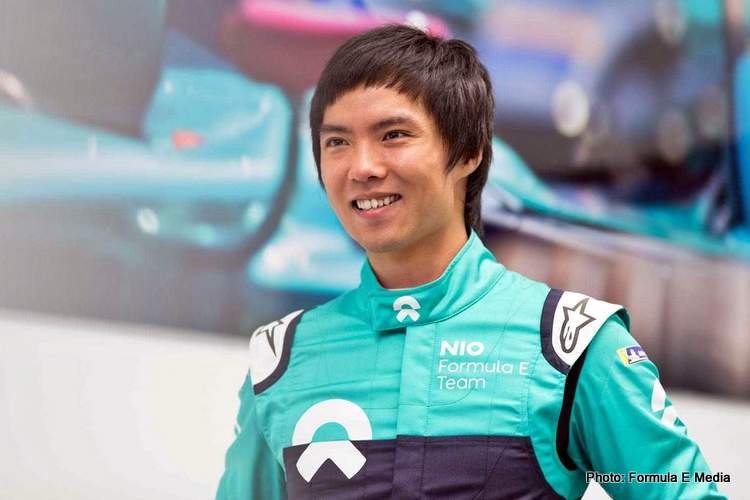 China’s only Formula E driver Ma Qinghua has gone into quarantine in Mexico ahead of that country’s race on 15 February to calm fears about the coronavirus epidemic ahead of the Mexico City ePrix.

Ma’s Nio 333 team said in a statement that Chinese employees who had gone home for the Chinese New Year celebrations after last month’s race in Chile were well and preparing for the Mexico City round.

“In a responsible manner toward the championship and personnels involved in Formula E, Chinese driver Ma Qinghua arrived in Mexico City on the 2nd of February to ensure a 14-day quarantine period prior to the race,” the team added.

Ma is last in the standings, without points after three races and a best position of 16th.

The all-electric series Formula E called off at the weekend a race planned for the Chinese city of Sanya on March 21.

All Chinese staffs of the NIO 333 Formula E team celebrated the traditional Chinese New Year’s holiday in China after the Santiago E-Prix. All team members remained at home in Shanghai over the extended holiday in response to the government’s advice facing the Coronavirus outbreak.

All the staffs are well and healthy, currently preparing the next round of Mexico City E-Prix.

In a responsible manner toward the championship and personnels involved in Formula E, Chinese driver Ma Qinghua arrived in Mexico City on the 2nd of February to ensure a 14-day quarantine period prior to the race.

We look forward to welcoming Sanya E-Prix back to the 2019-2020 ABB FIA Formula E Championship’s calendar once the situation is improved and we hope to support China in this critical fight by a strong performance on track.

The coronavirus has killed more than 420 people and infected over 20,000 in China since it first emerged in Wuhan, Hubei province, late last year.