DS Techeetah’s Antonio Felix de Costa enjoyed a double whammy in Marrakesh, winning the fifth round of the Formula E series and taking the championship lead.

Da Costa stormed off the grid from pole position while BMW I Andretti’s Maximilian Gunther fended off Porsche’s André Lotterer for second place.

The latter was then forced to concede his position to Mercedes’ Nyck de Vries, but recouped the spot when the Dutchman was hit with a drive-thru penalty for exceeding his power generation limit.

Up front, da Costa established a 2-second cushion over Gunther by making better use of his four-minute attack mode. Meanwhile, the Brazilian’s teammate Jean-Eric Vergne was making good progress through the field, moving from 11th on the grid all the way up into the top 4.

As the front-runners engaged in energy management, da Costa fell back into the clutches of Gunther and was overtaken by the BMW charger before taking back the lead with a move on the outside at Turn 11.

In the remaining laps, the main spat pitted Gunther against a determined Vergne, with the reigning FE champion having the last word when he edged past the German in the inside of Turn 1.

But Gunther fought back, using his energy advantage to try and overhaul Vergne who aggressively defended his runner-up spot. 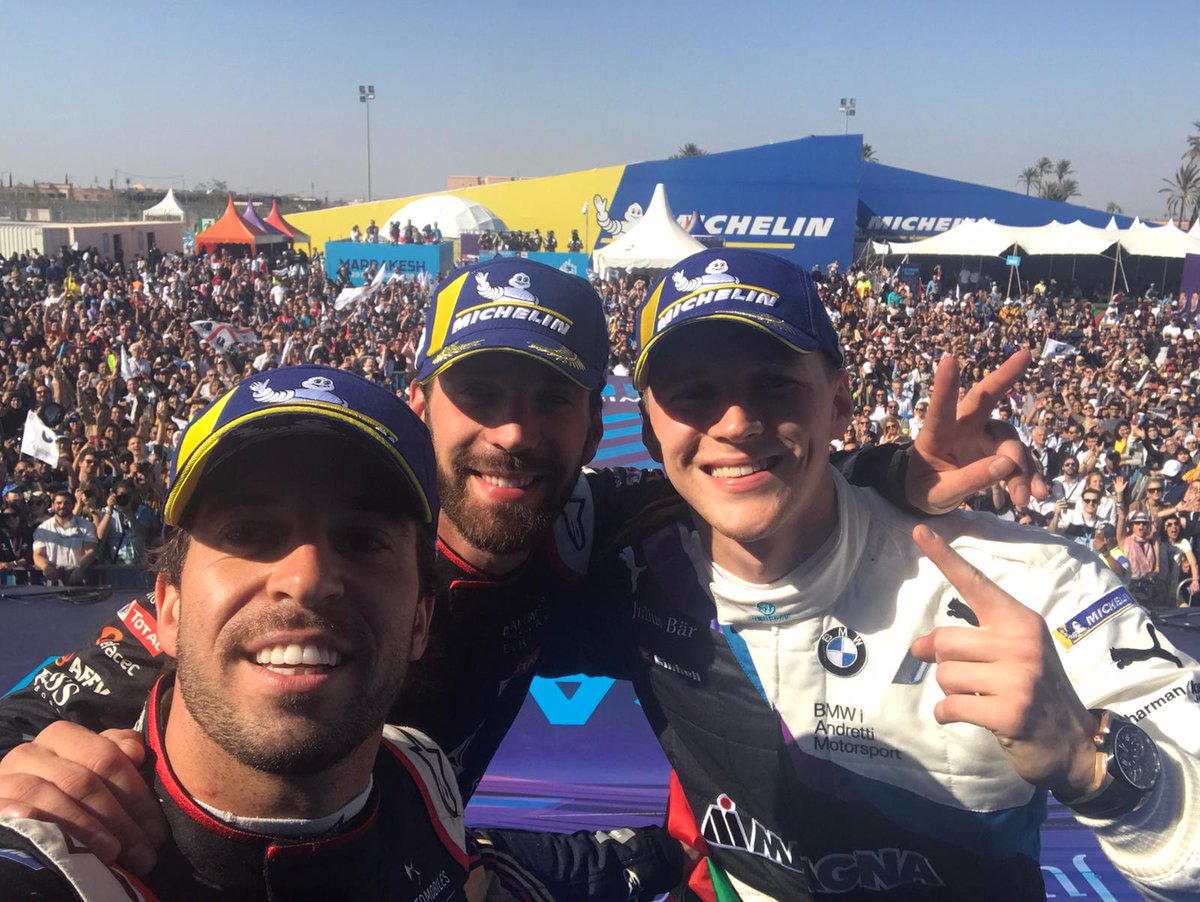 Eventually however, the BMW driver made it stick against the Frenchman just two corners from the checkered flag. The spirited battle offered da Costa an opportunity to extend his commanding lead and breeze past the finish line with 11 seconds in hand.

Behind Gunther and Vergne, who scored his first podium of the season, Nissan’s eDams Sebastien Buemi, while Venturi’s Edoardo Mortara and Jaguar’s Mitch Evans rounded off the top six.

Saturday’s results have put da Costa in charge in the drivers’ standings with 67 points, while Evans and Alexander Sims follow with respectively 56 and 46 points.