Disappointment of the Decade: Ferrari & McLaren 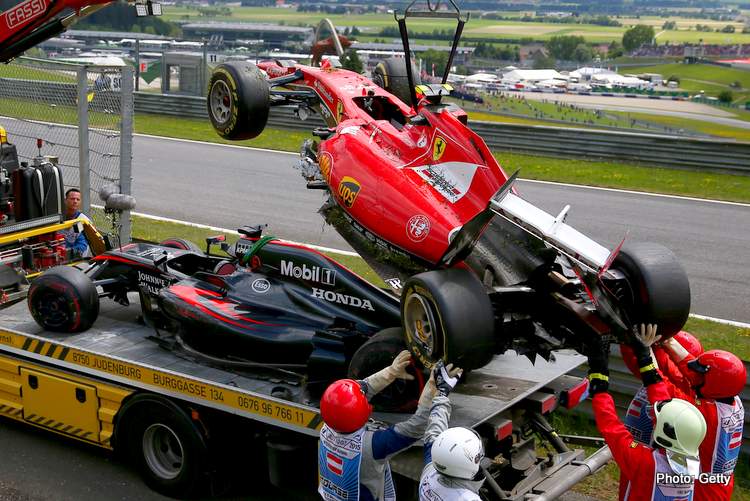 It can be said that since 2008 (their last title) Ferrari are perennial underachievers of Formula 1 while the once-mighty McLaren are a shadow of the team they were last century thus, inevitably, they disappointed our review panel.

While Ferrari tend to find ways to shoot themselves in the foot they have been strong throughout the decade, albeit the second-force. They came close but even with the formidable Fernando Alonso and Sebastian Vettel leading the charge on different occasions, the tifosi have been left heavy-hearted.

McLaren, on the other hand, dipped to their lowest point a couple of years ago when the second Honda coming proved to be a nightmare and freefall to the back of the grid followed. The revival process is apparently now in place, but the savage fall stands out.

The Tifosi should rightly feel short-changed by the Scuderia. Bridesmaids at best in any of the drivers or maker’s titles of the past ten years, it started with Alonso unable to pass that Russian roadblock to lose the 2010 title and never got much better.

Not even the coming of the second messiah in Vettel’s apparent attempt to build a Schumacher-like super team around him has worked, but worst of all, this past season is more proof that the best drivers and car do not mean the title is there for the taking. That takes a team to work together to get it all right, every race Sunday…

Almost as much victims of their own misfortune as anything their rivals did, the team that should be the envy of the grid was more often a laughing stock.

For McLaren fans – yes, we do exist – the last ten years have been a great disappointment, painful to witness and be part of the journey from super-power to has-beens in ten years. The team spawned from Ron Dennis’ Project Four Formula 2 outfit made history in the eighties and nighties to become as important as Ferrari is for Formula 1.

But Dennis, who I thought would be at the helm of the team until he died, ended up being the problem. His greed – limiting Honda to only his team for the new hybrid era – became his downfall as the second coming of Honda proved to be a disaster.

Nevertheless, when Ron and his cabal were sent packing there was a big hole at Woking that has been tough to fill.

Granted 2019 provided a glimpse of redemption thanks to Zak Brown’s commendable team-building process, but the damage of disappointment overshadows their past decade.