Drivers weigh in on prospect of racing ‘slower’ cars in 2021

Formula 1’s new technical regulations are expected to lead to slower cars in 2021, but for most drivers, the ability to race more closely a rival overrides the loss of a handful of seconds per lap.

The sport’s new ground effect designs will sacrifice speed for the sake of producing better racing, as simplified aerodynamics will cause a loss of downforce while structural changes will equate to an increase of minimum weight.

“We are expecting cars to be approximately 3-3.5 seconds slower per lap,” said Nikolas Tombazis, the FIA’s head of single-seater matters.

“But we don’t think that is the key parameter of the spectacle. We feel the raceability is the main target.”

Formula 1 managing director of motorsport Ross Brawn believes that in hindsight, F1 was wrong to target faster cars in 2017 when a tweaking of the rules increased downforce, insisting that future lap times will put cars on the performance level they enjoyed back in 2016

“The huge increase in downforce was ‘let’s make the cars go faster, let’s make F1 better’,” Brawn explained. “But what we have actually done is made it worse because the cars can’t race each other.

“The cars are very quick now but they are not raceable. The reality is the performance of these new cars is about where we were in 2016 and I don’t think anyone was complaining about the cars being slow.” 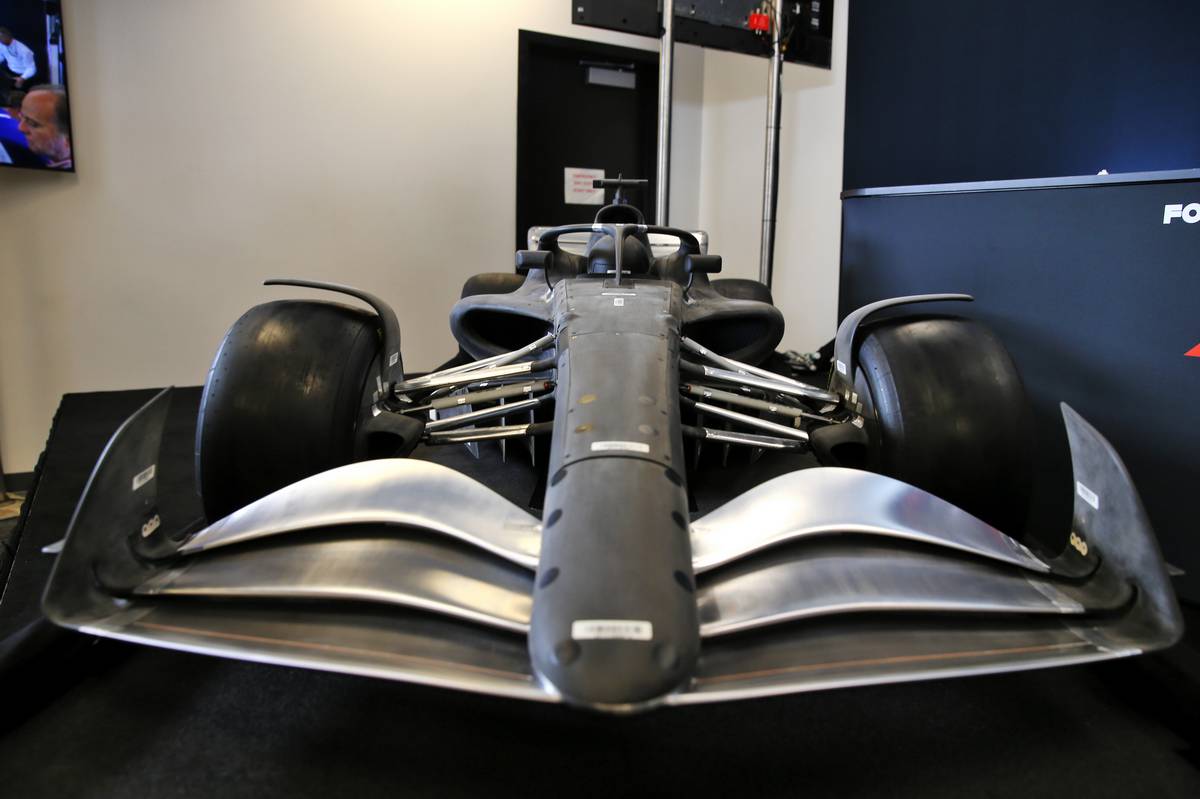 Ferrari’s Sebastian Vettel is confident the changes will produce better racing although the German will wait until the cars hit the track to make a definitive assessment.

“For the cars, no matter how they look if they are fun to drive and allow us to follow closer etc… then that will be a success, but time will tell.

“A picture is one thing but this is more for the next weeks, it will be interesting to see an idea from the teams how to interoperate the rules but we are not that far yet.”

Alfa’s Kimi Raikkonen and Williams’ George Russell are both in favour of sacrificing speed if it leads to a better show on the track.

“Like if you take qualifying, yes, we are fast. But you take the race we are probably five, six seconds with fuel and everything else.

“I think even if we are 10 seconds slower, for people to watch the races, if it’s more exciting nobody cares. Every year the times are slightly different.”

“From my side it doesn’t really matter how it looks or the speed of it as long as we have great racing, I think that’s what we all want,” added Russell.

“The weight is heavier, which I think is not ideal for any of us. Even driving a Formula 3 car it was really fun to drive, it was much lighter than what these F1 cars are.

“As long it improves the racing and it brings the field together, that’s all I care about.” 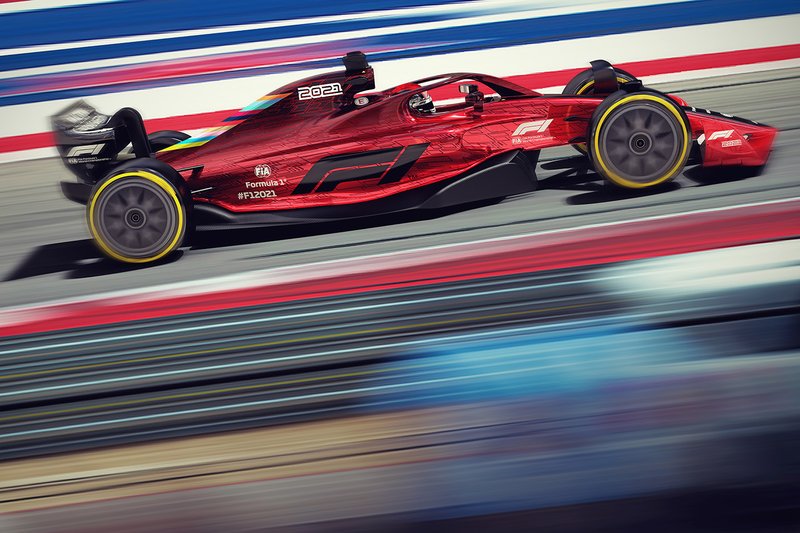 “I don’t mind,”the Aussie said. “I think actually one of the most fun years I had in F1 was 2014. And the cars then were eight seconds slower or something than they are now.

“So I would rather have good racing than single file lap records. Then we might as well just do time trials for the rest of our career. So, I’m okay with three seconds slower.”

“For us it’s still early days but I think it doesn’t really matter how it looks, as long as it gives us better racing and we can follow better,” commented the Dutchman. 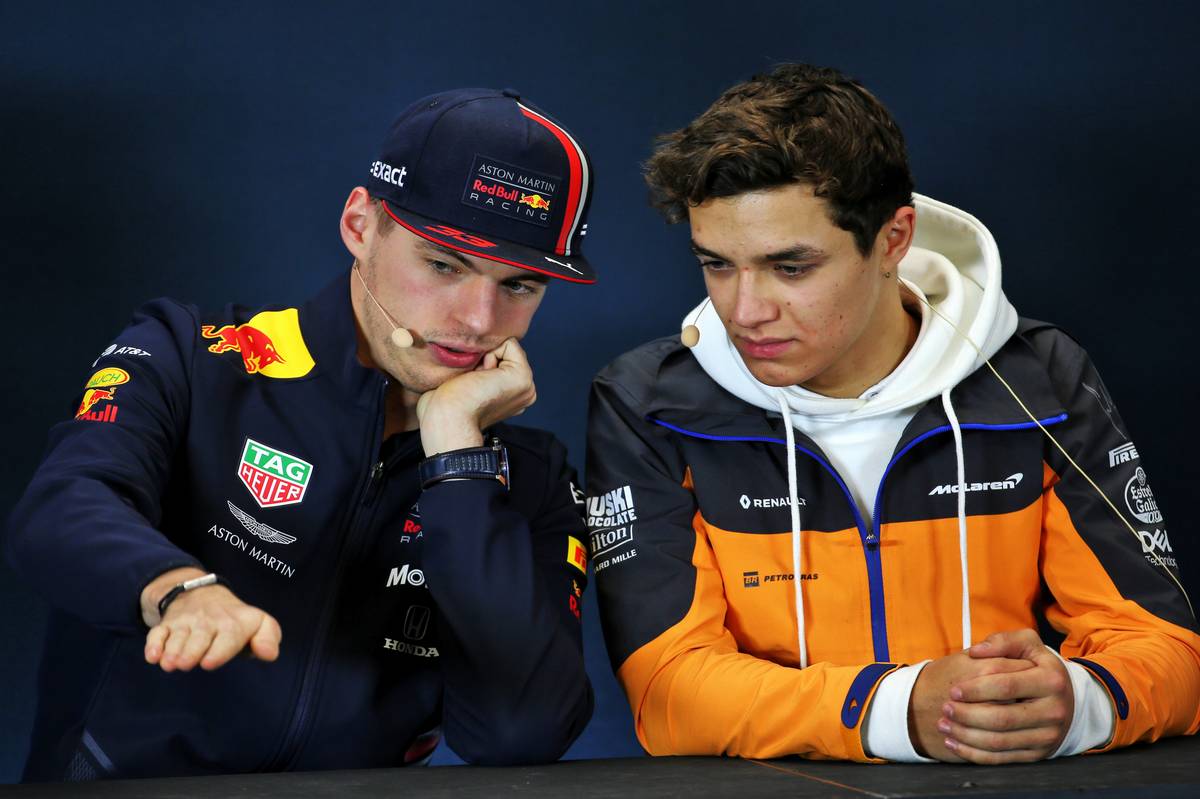 “We want to be within two or three seconds of what we are doing now definitely, if it’s going to be more like four or five it’s not what we want because then it feels a bit too slow.

“But this is just the start of it and I’m sure teams will come up with a little bit of a different look as well. Let’s just find out over time how it’s going to work out.

“I didn’t really enjoy driving the [2016] cars as much as I do now but of course you need to find a middle way in terms of following and anyway, I think throughout the season the cars will improve.”