Formula 1 seek to overcome obstacles ahead of new rules 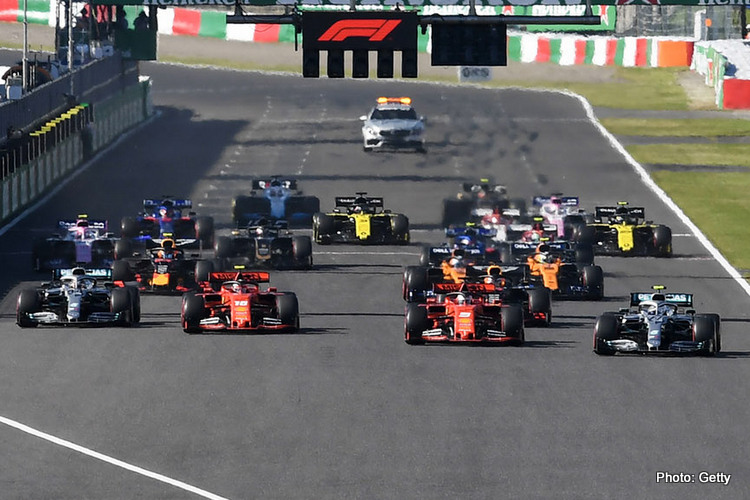 Formula 1 stakeholders sought to overcome their divisions at a meeting in Paris on Wednesday which was a last chance to find agreement on a 2021 rules overhaul before an end-October deadline.

The package of financial, technical and sporting changes aimed at levelling the playing field, improving racing and cutting costs has to be formalised by Oct. 31.

There remain plenty of obstacles, especially with regard to the technical regulations, for the 10 teams and other stakeholders to resolve.

“I think there are still a lot of open points and discussions are still ongoing,” said Ferrari principal Mattia Binotto, whose team are the sport’s oldest and most successful.

“How will be the conclusion of all these discussions, it is very difficult to say at the moment,” added the Italian, speaking to reporters at last weekend´s Japanese Grand Prix.

The BBC reported last week that six teams were opposed to the current package of technical changes, put forward by a group of engineers assembled by Ross Brawn.

The former Ferrari technical director, and ex-Mercedes team boss, was appointed Formula One´s managing director for sport by U.S.-based commercial rights holders Liberty Media when they took over in 2017.

The BBC said the teams stated their positions in a questionnaire circulated by big three Mercedes, Ferrari and Red Bull.

The proposed rules call for changes that allow drivers to follow more closely without losing grip due to the turbulent air thrown up by the car in front. The aim is to create better racing.

The use of standardised parts to cut costs and other measures to reduce the competitive gap between teams have also been discussed, but there are concerns that the rules are too restrictive.

Some fear cars could be significantly slower than at present and look identical.

“We need to have the ability to differentiate one car from the other otherwise they’re all going to look the same and go seven seconds a lap slower,” Racing Point team principal Otmar Szafnauer told reporters in Singapore last month.

The governing FIA and commercial rights holders Liberty Media can force the changes through if an agreement is not reached. But Ferrari also have a veto, a special privilege granted to the team due to their historic status.

Binotto has said more than once that he would rather not resort to using it.

“I think we’ve got a good and open discussion with the stakeholders at the moment and I´m as well somehow hopeful that we can find the right compromise at the end,” he said.

However early reports suggest that hopes are now higher that the six dissenting teams have had some of their qualms about Liberty Media’s proposed 2021 rules eased.

The reverse-grid, qualifying sprint race idea for 2020 appears to have been voted down, as has the proposal to slash both Thursday and Friday from the weekend schedule.

“After careful analysis we have concluded that the best solution is to keep the event over three days, revising the Friday format but leaving the rest untouched, with qualifying on Saturday and the race on Sunday,” said F1 sporting boss Ross Brawn.

“In order to meet the demands of the teams and in order to slightly increase the number of grands prix, which will be at 22 next year, we have given consideration to reorganising the schedule so that teams and drivers can arrive a day later,” he added.

The F1 teams have also unanimously approved Toro Rosso’s name change. The Faenza based outfit will from 2020 be known as AlphaTauri, after Red Bull’s fashion brand.