Organisers of the FIA Formula 2 championship have released a provisional entry list for 2020 – and confirmed that there will be no #19 car on the grid.

THat’s the car number that Anthoine Hubert was running last season when he was involved in a fatal accident in Saturday’s feature race at Spa-Francorchamps at the end of August.

After initially running only one car in the aftermath of the 22-year-old’s death, the BWT Arden team subsequently used the car number #22 for Artem Markelov during the remainder of the season.

Unlike Formula 1, drivers in F2 can’t choose a permanent car number to race under during their time in the series. Car numbers are assigned by the organisers in order of their performance in the previous season, with the winners of last year’s team championship taking #1 and #2.

That means the forthcoming season will see DAMS’ Sean Galeal and Dan Ticktum take the prestigious designations, after Williams-bound Nicholas Latifi picked up the overall 2019 drivers title with the squad.

The series had already decided not to run any car with the number 13, so after that it’s MP Motorsport’s Felipe Drugovich at #14. Giuliano Alesi and Artem Markelov will then use #16 and #17 for BWT HWA Racelab, the team that has now taken over Arden’s entry.

With the permanent retirement of the #19, the numbering then moves to #20 and #21 for Prema pairing Mick Schumacher and Robert Shwartzman. Carlin, Campos Racing and Trident have all yet to announce any drivers for the new season.

Hubert was officially classified in tenth place in last year’s standings. The Frenchman, who had been a promising candidate in Renault’s young driver programme on course to graduate into F1, won the 2018 GP3 title before graduating to the top Grand Prix support series last season. 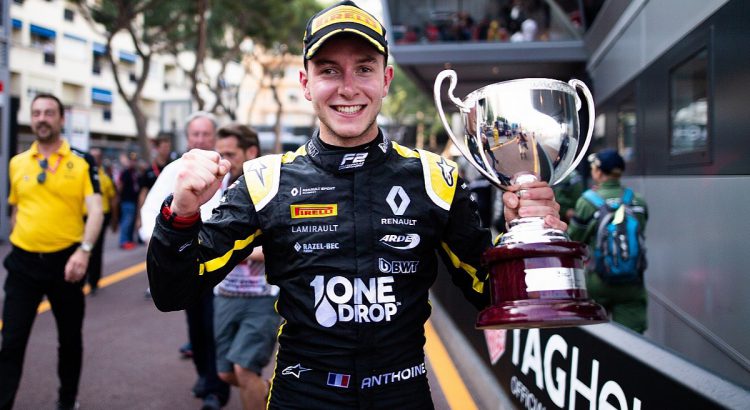 As well as retiring his car number, F2 has also honoured Hubert by introducing a new trophy for the best rookie performance of the season, which in 2019 went to the talented 20-year-old Chinese racer Guanyu Zhou.

The new season will get underway in Bahrain on March 21.

Before that, there will be a three-day pre-season test at the Bahrain International Circuit at the start of March, to allow drivers to get the feel of the new 18-inch tyres that are being introduced to the series a year earlier than in F1.

Formula 3 will also be in action at the circuit on the same days, making use of the floodlighting to run after dark.

Once the season is underway, F2 will hold a further test at the Circuit de Barcelona-Catalunya between April 7-9. Formula 3 will be at Hungary from April 14-15 before taking its turn in Spain the following month, May 28-29.