Gasly regrets not making most of time at Red Bull

Pierre Gasly clinched his maiden F1 career podium in 2019 with second place for Toro Rosso in the Brazilian Grand Prix – but that doesn’t mean he’s happy with how 2019 went.

Gasly started the season at Red Bull, having been promoted from the junior squad over the winter to replace Daniel Ricciardo as team mate to Max Verstappen.

But the 23-year-old Frenchman’s stuttering performance was soon causing concern within the team. By the summer break, Gasly has only managed to pick up 63 points from 12 races compared to 181 for Verstappen.

“I’ve known Max since our time in karting. I know how fast he is on a single lap and in the races,” he told Dutch publication Formule1.

“He performed very well during those first twelve races, at the level I expected of him.”

Verstappen’s success made Gasly’s struggles seem worse by comparison. He admitted that he wasn’t even close to the level he himself knew that he was capable of.

“For the past seven years I have always been super competitive, except for those six months at Red Bull,” he sighed.

As a result, Red Bull team bosses made the decision to swap Gasly back back to Toro Rosso, while his place at the top table was taken by Alexander Albon from the Belgian Grand Prix onwards.

While Albon did prove to be much closer to Verstappen in the remaining nine races of the season, the change also did Gasly a world of good as well. 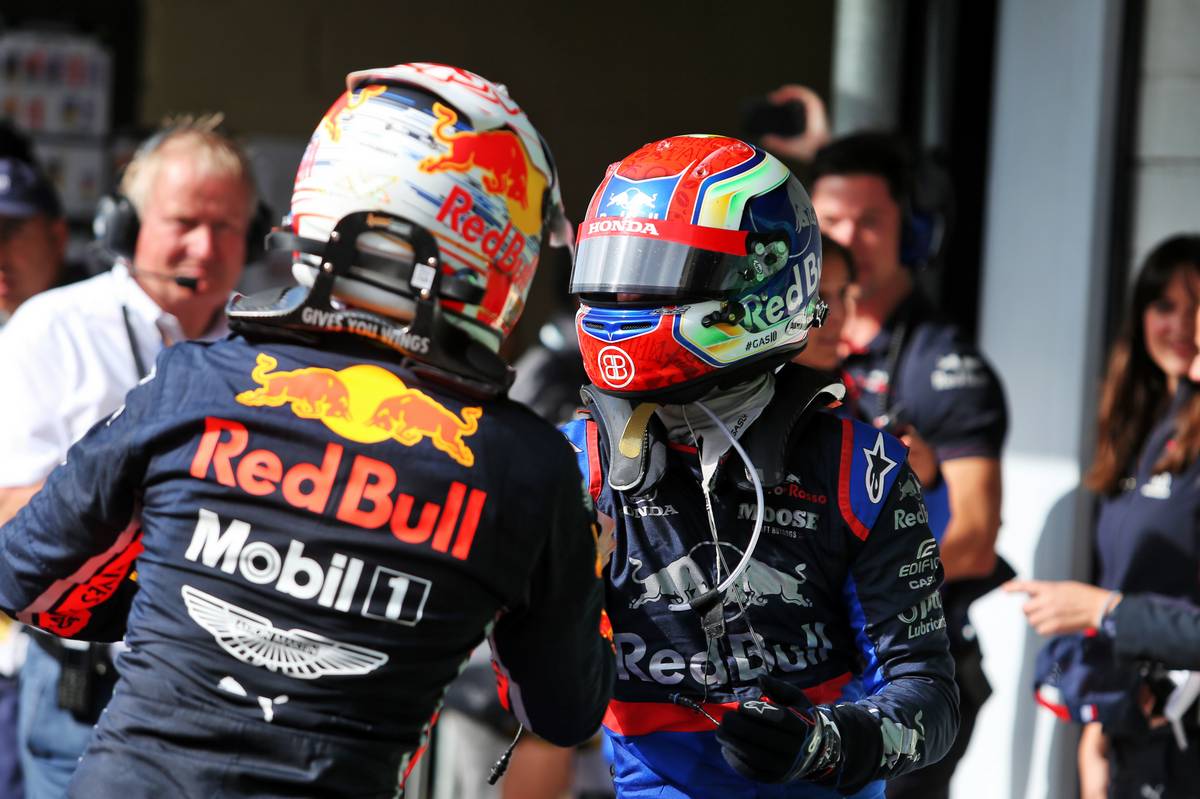 He picked up a further 32 points with the squad, scoring in five of the events, including that spectacular podium in the penultimate race of the season.

Even so, Gasly wishes he had been given the time and suport he needed at Red Bull to work his way out of that early slump.

“I think that if we had wanted, we had everything we needed to make it work,” he stated. “That’s why it’s a bit frustrating that we were not able to make the changes that were needed.”

Any hopes that the driver swap might be reversed and that he could be back at Red Bull in 2020 have since been quashed, but at least Gasly will have another season in F1.

He will remain at Faenza, although the team name will be different next season as Toro Rosso rebrands itself AlphaTauri. Gasly insisted that he had done more than enough to deserve another chance.

“Based on the results I have achieved with Toro Rosso since Spa, I think the seat is completely deserved,” he stated emphatically. “I have a better feeling in the car.”

The team will unveil its new car on February 14 in Salzburg, Austria.