Giovinazzi: The second part of my season was quite strong 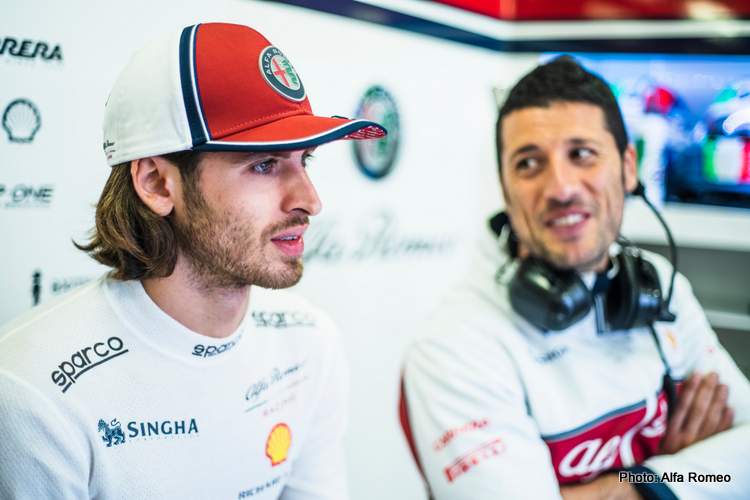 Ferrari backed Alfa Romeo driver Antonio Giovinazzi believes he is doing enough to remain with the team beyond 2019 while, soon to be out-of-work, Nico Hulkenberg has revealed that he is waiting on an answer from the Swiss outfit.

Having lost his Renault seat for 2020, the German said this week that if he cannot find a seat elsewhere he is unlikely to ever return to Formula 1.

He has ruled out Williams and been overlooked by Haas and Red Bull, but is currently hoping his former junior category boss Frederic Vasseur signs him up for Alfa Romeo.

The obvious issue at Alfa Romeo is the team’s alliance with Ferrari. Kimi Raikkonen is already signed up for 2020, and Ferrari’s pick – Antonio Giovinazzi – looks set to keep his seat after improving in recent races.

Asked if he is confident about keeping the seat, the Italian said: “Yes, I need to be confident. I think the second part of my season was quite strong from my side. I need to just keep pushing like that and then we’ll see

“I think I need to just focus on my job and try to continue like that, and then we’ll see for next year

“It was always like that for me and already from karting I didn’t have the budget to continue. I had a small go-kart team that supported me for free and then when I went to formula cars there were many drivers looking for my seat and my position.

“But I played with the pressure and now I’m here, and it’s the same thing with F1. I think it’s a normal type of pressure here. In F1, everything can change really fast from race to race. In one race you are a hero, in the next you are shit and then you are a hero again. It can change really fast but in every category that’s the same,” Giovinazzi added.

For the Italian, it is Ferrari that pull the strings and in the end team principal, Mattia Binotto will make the call on the future of their driver.

Giovinazzi acknowledged, “I have a really good relationship with Mattia and I think it was Singapore when he said that Ferrari are always supporting me and following me and I think that’s really great.

“For a driver it’s really important to have that support and that feeling, so thank you to them – to Ferrari and Alfa Romeo Racing. Now it’s my turn to do the best job I can to stay here for next year,” added the 25 year-old.

Meanwhile, 32-year-old Hulkenberg admitted in Austin that Alfa Romeo is his last remaining option to stay on the grid next year, “We’ve talked a couple of times, now I’m waiting to see what they decide.”

Some have suggested a Ferrari test seat might be an option for Hulkenberg, but he says he is also not willing to be a reserve driver anywhere in pitlane, “Maybe I won’t drive anything. At the moment it’s in the stars.”

Interestingly, rumours in Austin are linking Robert Kubica with the reserve seat at Alfa Romeo for 2020. The Pole is also linked with similar roles at Racing Point and Haas.

Big Question: Has Antonio done enough to deserve a seat next year in F1?