Hamilton: A real privilege to drive this machine 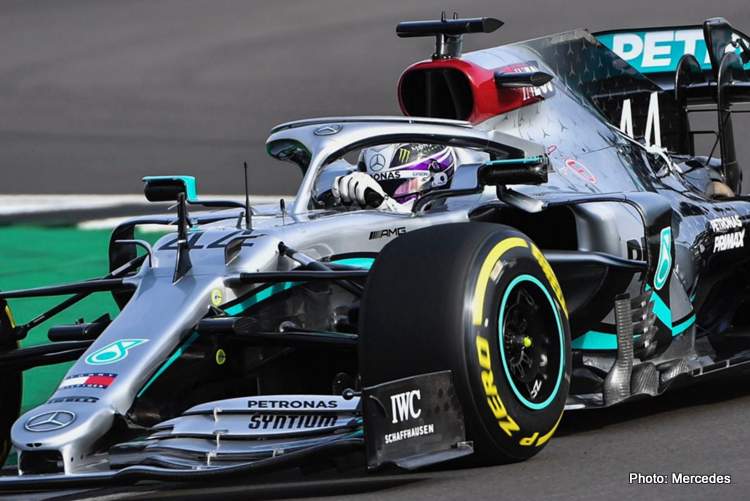 Lewis Hamilton was upbeat on his first day back at work on Friday, giving the Mercedes W11 Formula 1 car a shakedown during the team’s filming day at the 2.98 kilometres Silverstone International Circuit.

The six-time F1 World Champion shared cockpit duty on the day with teammate Valtteri Bottas and declared afterwards, “It’s a real privilege for Valtteri and myself to be the only people who get to drive this machine and I’m really looking forward to stretching its legs.

“I’ve been in constant communications with the engineers, trying to keep an eye on everything that was happening at the factory. [It was a] really exciting day, finally seeing in person what this team has worked towards so hard. As a driver, you’re just itching to get back into the car,” admitted Hamilton

After the shakedown he was upbeat, “I’ve been doing this a long, long time, but each time you get in, the excitement is exactly the same, if not more. The car felt great.

“There’s so much work that goes into building this car, so you’re only one of two that get to drive it, so you’re really trying to pay attention to the surroundings, the seating position, the feeling you’re getting back from the steering column and the balance.

“It all ran smoothly and we won’t really know till we get to testing to just how good a machine it is, in terms of how big an improvement it is. But it didn’t feel like a big departure from where we were in Abu Dhabi, so that’s a good start,” Hamilton concluded.

Bottas added, “It’s been really interesting for me to get more and more involved, learning about all the new features of our weapon for this year’s fight. Developing and building a new car is never straight-forward, it’s a huge effort by every single team member to deliver this year on year.

“Now things really kick-off and I’m very excited to finally get the chance to drive the new car. I’ve been waiting to get back behind the wheel,” said the Finn.

Mercedes technical director James Allison summed up, “The shakedown has always been important, but it is particularly precious this year. It’s our last chance to make sure all is well ahead of the first official day of Winter Testing.

“If all goes well in the shakedown then we will be well placed to roll out the garage at nine o’clock in Barcelona and just start hitting the laps. With a shorter winter testing programme, that last ticking everything off at the shakedown is proportionally more important so we are determined to squeeze every drop of goodness from it that we can,” he explained.

F1 pre-season testing takes place at Circuit de Catalunya-Barcelona from 19 to 21 February and again from 26 to 28 February, with the Australian Grand Prix on 15 March kicking off the 2020 season.

Lap 1 of many done with the new #W11, such an incredible feeling to drive for the first time since the last race. Let’s go