Hamilton misses ‘getting the texts’ from Lauda

Lewis Hamilton says that Niki Lauda’s absence still weighs on the Mercedes team and on himself, revealing that he often reads past text messages exchanged with the F1 legend.

As Mercedes’ non-executive chairman but especially as the emblematic figure he represented for so many, Lauda is sorely missed in the F1 paddock.

The Austrian’s passing earlier this year from health complications linked to a life-saving lung transplant undertaken in the summer of 2018 dealt a big blow to the Mercedes squad, with team boss and friend Toto Wolff and Hamilton bearing the brunt of the loss.

“I miss getting the texts. I miss sharing those videos, and I still have a lot of our conversations and every now and then I revisit it,” Hamilton told members of the media recently.

“Going to the board, pushing and breaking their balls. That is what he was the best at. But also being real with me. Being the bridge between… Toto who was a racing driver and the board, who were not racing drivers, to have a real champion who understands, and empathises with how difficult it is to deliver weekend in weekend out, [and] when you make a mistake…

“That is where he has been such a great, great pillar for me. So I miss him a lot.”

While Lauda’s condition after his lung transplant appeared to suggest that he would make a full recovery, a bad case of influenza contracted at his home in Ibiza during the Christmas period forced another hospitalization on the 70-year-old former F1 driver.

Unfortunately, Lauda would succumb to his condition in May of this year, just days before the Monaco Grand Prix weekend. 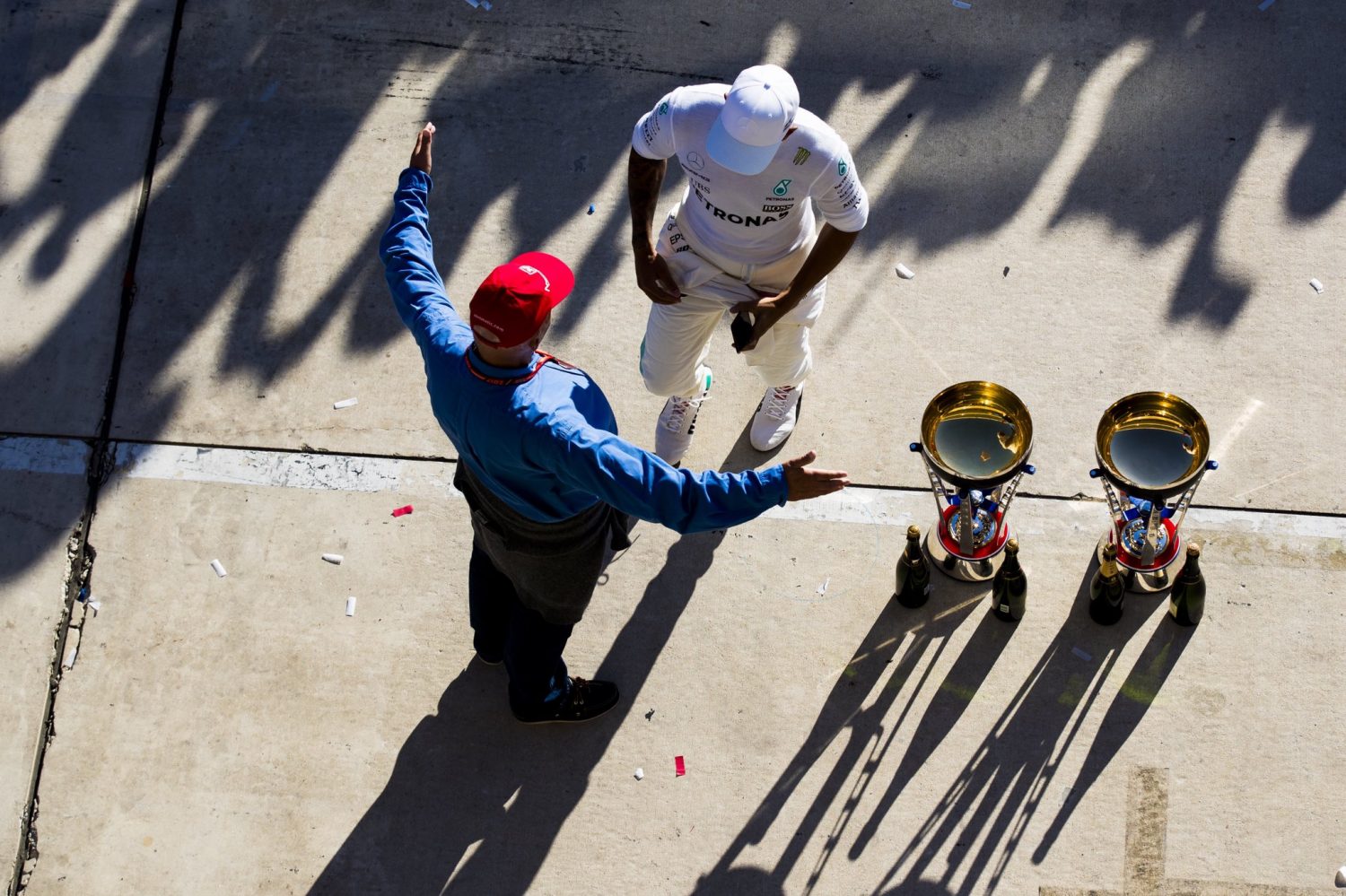 Hamilton revealed that he paid Lauda a visit shortly before his passing.

“It was really tough to see him,” he remembered Hamilton. “We had been sending videos to each other, and I had seen him through his biggest dip and he came back and was in a wheelchair and I was really hopeful.

“And then he had another fall and started to get worse. And that is when I went to see him. And it was still a shock to see your mate in a bed, plugged in. And I’ve been there before. My auntie died of cancer so I had seen it.

“But it is always a shock. And you could see his spirit, this bright spirit of his still shining, but it was starting to dim a little, you know?

“And his fighting spirit was starting to dim, which is only natural when you are going through such a long battle. So it just hit me.”