Hamilton splits World Sportsman of the Year award with Messi 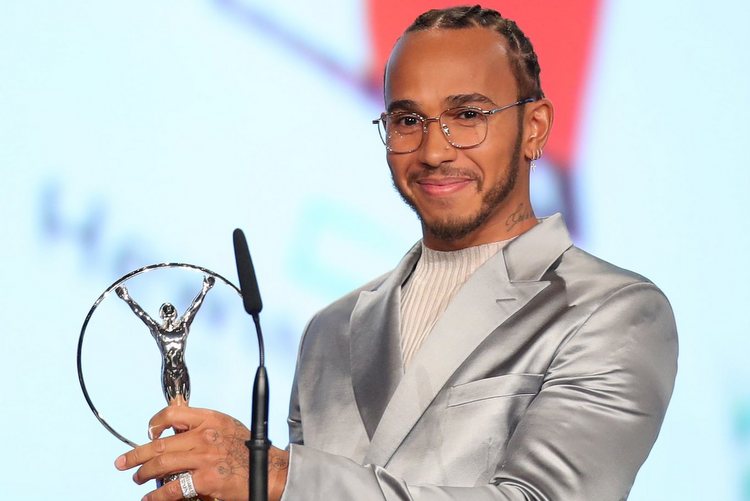 Lewis Hamilton has been declared the Laureus World Sportsman of the Year alongside Barcelona forward Lionel Messi, after the first tied vote in the awards’ 20-year history.

Mercedes driver Hamilton won his sixth world championship in 2019, with 11 race wins and 17 podium finishes, while Messi was crowned the world’s best player for a record sixth time when he won the Ballon d’Or.

American gymnast Simone Biles, who became the most decorated gymnast in world championship history when she won her 25th medal last year, won her third Sportswoman of the Year gong after winning the award in 2017 and 2019.

The South African rugby team, which won the World Cup in Japan last year for the third time in history, were crowned the Team of the Year, beating European soccer champions Liverpool and women’s soccer World Cup winners United States.

German NBA star Dirk Nowitzki, who retired last year after a 21-year career in the NBA with the Dallas Mavericks, was honoured with the Lifetime Achievement Award for his contribution to basketball.

Meanwhile, the Spanish Basketball Federation was recognised with the Laureus Academy Exceptional Achievement Award after the men’s World Cup triumph last year while the women have won three of the last four EuroBasket titles.

German Formula Three driver Sophia Floersch, who fractured her spine in an aerial crash at the Macau Grand Prix in Nov. 2018 that required an 11-hour surgery to fix, made the Comeback of the Year after getting back into the cockpit last year.

Former Indian batsman Sachin Tendulkar, the highest run scorer of all time in international cricket, had the support of a cricket-crazy nation to win a fan vote for the award for the best Sporting Moment from the last two decades.

In his sixth and final one-day international World Cup in 2011, Tendulkar finally got his hands on the title as India won on home soil and he was carried on his team mates’ shoulders for a lap of honour.

Sportsman of the Year: Lewis Hamilton and Lionel Messi

Sportswoman of the Year: Simone Biles

Breakthrough of the Year: Egan Bernal

Comeback of the Year: Sophia Floersch

Sportsperson of the Year with a Disability: Oksana Masters

Best Sporting Moment: ‘Carried on the shoulders of a nation’ – Sachin Tendulkar