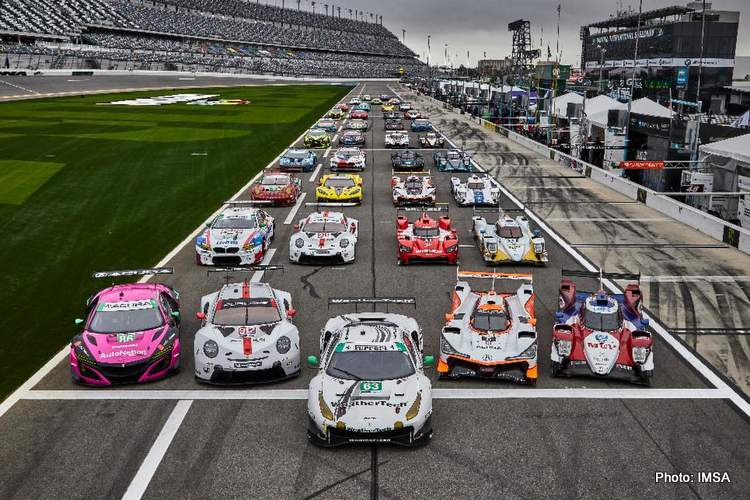 The new car will be called the Le Mans Daytona h and be eligible for teams to compete for both the FIA World Endurance Championship (WEC) and the IMSA overall title.

The convergence gives automotive manufacturers the opportunity to compete with the same car at Le Mans, the Rolex 24, at SuperSebring or at Spa-Francorchamps, at the Motul Petit Le Mans and even Silverstone.

From September 2021 in the FIA WEC and from January 2022 in the WeatherTech Championship, manufacturers will be able to enter the top category and compete in the two leading championships in endurance racing with the new model LMDh.

France noted the agreement is yet another indicator of the work various motorsports series are doing to strengthen the sport.

“I don’t think we ever really worked against each other, but there’s definitely, from the motorsports standpoint, the way things are changing, we’re all working together to make sure we keep motorsports in a good healthy spot,” France said. “Nothing’s easy, and that’s not easy, either.” (Report by Jenna Fry/AP)

Common plateform for @IMSA and @FIAWEC