Inside Line: Is Verstappen on €16-million or €40-million per year? 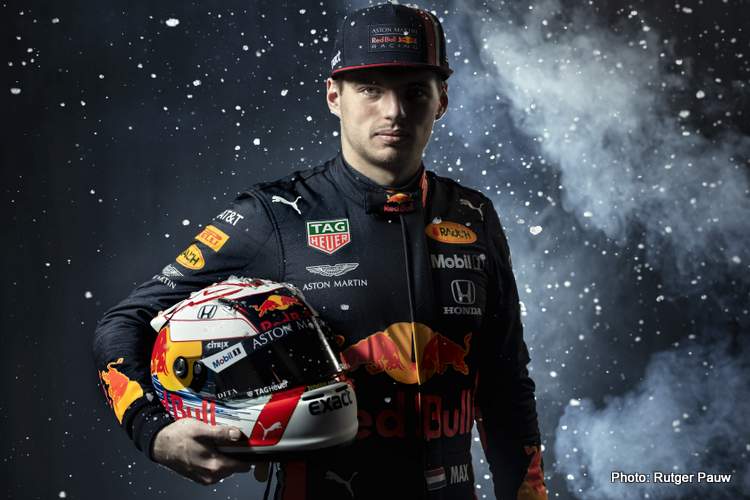 Happy New Year Folks! Depending on what you read and who you believe, Max Verstappen’s new contract with Red Bull is worth anything from €16-million or €40-million per year? Big difference!

That’s a huge discrepancy if one considers that Lewis Hamilton is on around €45-million per annum, while Sebastian Vettel’s salary at Ferrari is between that and €38-million.

The fact that Verstappen inked an extension that sees him with the team until the end of 2023 was big news of course as it signalled house-full at Ferrari and Mercedes for the Dutchman, for the foreseeable future. few expected such a lengthy commitment from both parties.

Now the question of his salary is something of a mystery as the team, typically, released no figures which has allowed media to run wild with speculation.

The initial figure – reported by most including this site and the Telegraph – of €16-million was believable even though I personally thought and think he is worth more.

This morning reports emerged claiming the kid is set to earn up to €40-million annually which seems extreme and would be well over the market value for far too many years. Hard to see Red Bull splashing out €160-million for the privilege over the next four years.

Why does the 40-mil for Max sound daft?

Referring to last season’s  F1 driver salaries, Lewis Hamilton is reportedly on about €50-million from Mercedes and Sebastian Vettel on €40-million from Ferrari – Charles Leclerc’s new Ferrari deal until the end of 2024 is said to be worth a bargain-basement €9 or 10-million per year.

So, Max on 40-mil from Red Bull is highly unlikely. Until further notice or corrected officially by Red Bull we will note his (official) salary unofficially at €16-million

Nevertheless, this will put the 22-year-old on par with what former teammate Daniel Ricciardo banks from Renault and only Hamilton and Vettel are set to earn more next year and, no doubt Verstappen will relish this, substantially more than what Nicholas Todt was reportedly able to bleed out of the Ferrari for his charge’s next five years in Red.

For sure contract details will be kept secret forever due to all the legal non-disclosure bullshit when in fact what everyone earns in each team should be revealed – public pay for you then your salary should be public… think proper budget caps and transparency etc, but that’s another debate for another time.

Simply put, as an F1 fan, I want to know what Max and all the guys on the grid are earning. In most other professional sports, salaries tend to be public record. What the likes of Le Bron, Messi, Ronaldo and many more sports superstars earn is no secret.

Maybe I am alone but what Max earns or Lewis or Charles, Lando, Seb, Kimi, Dan etc is more interesting to me than the friggin MGU-K, ICE, KERS and tech overload we are bombarded with. Show me the money!

With a speculative hat on I would hazard a guess and presume that Max’s new deal would’ve been negotiated by some very smart people, they would’ve probably negotiated a €16-million annual retainer and then bolt on some hefty performance-based bonuses.

You would imagine they would also ink-in around (thumb-suck) 2-million bucks per win for their lad, a million per podium and 10-million for the F1 title over the four years of the deal.

When you do the maths in that manner, then indeed Max could well earn the 40-big-ones-per-year some believe he is going to be getting from 2021 onwards.

In the end, teams and drivers are unlikely to release their earnings, which gives life to this salary speculation game until Forbes publishes their ‘definitive report later this year.