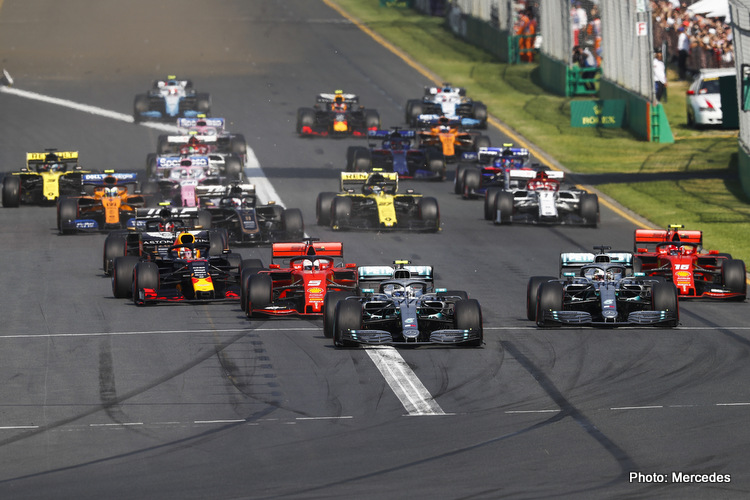 Last year’s Formula 1 season may have looked like business as usual with both Lewis Hamilton and Mercedes coming out on top. But 2020 could be a very different year for F1 motor racing.

This is because it’s widely expected to be a driver-focused fight for the next Formula 1 title. With Ferrari, Mercedes and Red Bull all looking capable of delivering cars that could win races, it’s going to be much less of a one-horse race.

Many Formula 1 betting sites are already putting on odds for next season, and with reliable payment methods like using PayPal to deposit, bettors have plenty of choices to enjoy what should be one of the most wide-open F1 campaigns in years.

2020 will feature no less than 22 Grand Prix races which will make this the longest-ever Formula One season. While it’s not surprising that there won’t be a German Grand Prix, we can at least look forward to the first-ever Vietnam Grand Prix.

This will take place on the Hanoi circuit, and it marks the first time that Formula One has actively taken a role in designing an F1 racetrack. As it’s a street circuit, we’re hoping that it features a few more overtaking opportunities than the likes of the Monaco Grand Prix. Thankfully it looks like the 5.6km circuit will include a 1.5km straight that should mean a spectacular race on 5 April.

The Return of the Dutch Grand Prix

It’s hard to believe that it’s been over 30 years since we last saw a Grand Prix at Zandvoort. But 2020 will see the return of the Dutch Grand Prix at this famously speedy circuit.

Zandvoort will be modernised with plenty of features designed to facilitate the sheer power of modern-day Formula One cars. These means that you’ll get to see Hamilton and company trying to slingshot their way around the banked Hugenholtz corner, although legendary corners like Tarzan and Schievlak are mercifully intact.

The Dutch Grand Prix was last won by Niki Lauda way back in 1985. But with Dutch stars like Max Verstappen looking very promising for 2020, it seems that this could be a great year for F1 racing in the Netherlands.

The Rise of Albon, Norris and Russell

Last year saw relative newcomers like Pierre Gasly and Carlos Sainz getting long overdue podium finishes. So who’s looking most likely to join this elite tier of drivers in 2020?

Most people will be backing the 2019 Rookie of the Year winner Alexander Albon to go far this season. With a powerful Red Bull car at his disposal, it’s not too far-fetched to imagine the Thai driver getting his first-ever Formula One win in 2020.

Big things are also expected of McLaren’s Lando Norris. The British star impressed many with his driving in his first ever Formula One season last year. As long as McLaren can maintain the upward trajectory that they showed in 2019, we think that Norris could easily get a podium finish. This is especially so as Norris looks much more serious about his prospects for the upcoming season.

Hopes are high that George Russell will also continue the strong form that he showed in his rookie season. While a podium finish might be slightly out of reach for the Williams team, it’s not too farfetched to see Russell getting a few midfield finishes. Williams will also be welcoming Nicholas Latifi to the team. The Canadian star will be Formula One’s newest driver, and he’s sure to add something a little extra to what’s already shaping up to be a fascinating season.