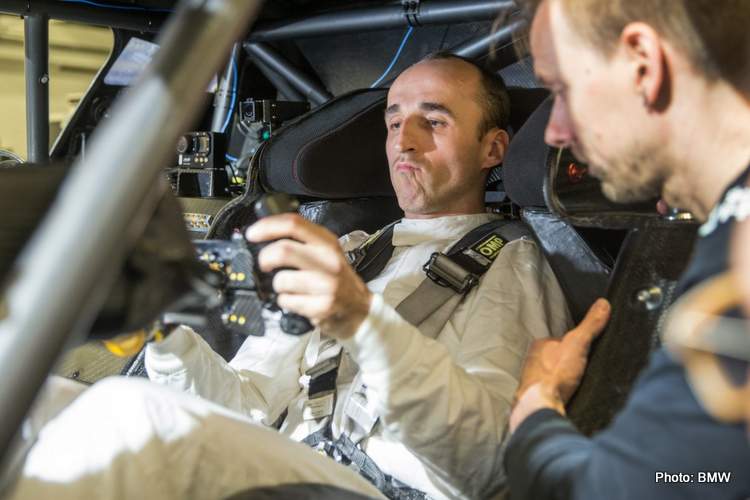 After losing out on the Williams Formula 1 seat for 2020, it has today been announced that Robert Kubica will compete in DTM this year in a customer BMW fielded by the ART Grand Prix team.

Kubica’s switch has long been speculated since he tested a BMW M4 at Jerez in DTM’s postseason rookie orientation testing. However, the final details were only now confirmed.

The popular Polish driver, will run the seventh BMW taking to the DTM grid with an entrant fielded by ART, the same group that run cars in F1 feeder series such as F2 and F3. ART GP do have precious experience in the German series as Mercedes customers in 2015 and 2016 where they fielded the likes of Gary Paffett, Lucas Auer, Felix Rosenqvist and one Esteban Ocon.

The 35-year old will continue duties as Alfa Romeo’s reserve driver. Alfa Romeo principal Frédéric Vasseur has given Kubica the blessing to run in DTM with ART, a team Vasseur co-founded with Nicolas Todt in 1991.

“I believe the DTM is one of the strongest and best race series in the world. I immediately felt at home in the BMW M4 DTM at the test.

“ART Grand Prix has been a big name on the international motor racing scene for years. I am sure we can achieve a lot together in the DTM.”

Robert Kubica’s F1 career was derailed following a rallying accident in 2011 which left him with partial movement in his right arm. Following years of rehabilitation and motivation, Kubica’s return to F1 has been regarded by many as one of the most impressive.

Fairytale recovery aside, when it came to competing in the premier series again, the race-winner was unable to match pace with rookie George Russell at Williams with many citing his personal backing from PKN Orlen, which follows him to DTM.

Russell out-qualified the veteran 21-0 last season with an average loss of 0.5 seconds a lap in quali. Despite this, he was still able to secure Williams their only point in the chaotic German Grand Prix.

A private customer team will line up with BMW Turbo Power in the @DTM for the first time in the 2020 season. @ARTGP returns to the series and will run a BMW M4 DTM.

At the wheel will be a well-known driver: Robert Kubica. Welcome to the DTM, @R_Kubica!