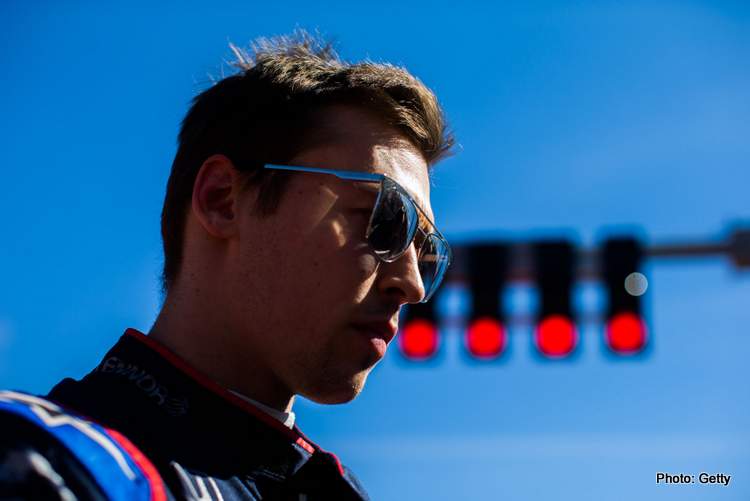 Daniil Kvyat’s own synopsis of his performance last season with Toro Rosso is honest and forthright, now the rapid Russian is looking ahead to future success as he continues to prove he is deserving of his second chance on Formula 1.

It seemed only yesterday that Max Verstappen won his inaugural Formula One Grand Prix in a chaotic 2016 Spanish race. Since then he has added seven more victories to his tally. But one man’s gain is always at the expense of another’s fortune, and that unlucky soul in Barcelona was Daniil Kvyat.

Promoted to Red Bull to fill the departing Sebastian Vettel in 2015, Kvyat struggled to match the pace of teammate Daniel Ricciardo and too often fell afoul of the stewards with a myriad of on-track incidents.

The costliest being his double blow into the rear of Vettel’s Ferrari at the 2016 Russian Grand Prix. Living up to his torpedo namesake, Kvyat was duly demoted from the senior team after the race before being completely dropped from F1 after the 2017 season.

But it would be Ricciardo’s shock switch to Renault for 2019 that opened the door for Kvyat’s return to the spotlight. Helmut Marko ultimately decided to offer the Russian a rare second chance to perform for Toro Rosso after concluding that the team had no junior drivers capable of success in F1.

Kvyat then joined a small community of drivers who were offered a second opportunity in F1 after being let go altogether for a period of time. Both Romain Grosjean and Kevin Magnussen also experienced the chance to deliver for a second time despite being dropped previously.

For Kvyat, his approach to 2019’s season was exceptional. The Russian would finish P13 in the drivers’ championship with 37 points and assisted Toro Rosso in finishing P6 in the constructors with a record tally of 85 points.

Kvyat also experienced having to deal with two teammates of two completely different calibres. Initially, Kvyat seemed to dominate Albon across all facets, and by the winter break was six places clear of his teammate.

Arguably frustrated at the decision to promote Albon over himself to the senior team, Kvyat continued to exemplify his ultimate potential in a car that was far from the best.

Pierre Gasly apparently succumbed to the pressure that exists in a top tier team that demands nothing short of success; pressure that is undoubtedly amplified when pitted against Max Verstappen. Thus, resulting in Gasly’s demotion to Toro Rosso before the Belgian Grand Prix.

But for Kvyat, the lack of stress that comes with being situated in a midfield team paid enormous dividends for himself and the team. He was able to orchestrate drives that genuinely reflected his potential.

Kvyat’s superb podium drive in the wet German Grand Prix that eliminated the vast majority of the field would be only the second in the history of Toro Rosso, and a testament to Kvyat’s exceptional aptitude.

For 2020 Toro Rosso will be rebranded as AlphaTauri in conjunction with Red Bull’s fashion line. But for Kvyat the goal remains the same: to develop his driving talent whilst delivering the performances expected on a regular basis.

A similar clearheaded approach to the fresh F1 season that was suggested last year is key to unlocking Kvyat’s true potential.

Team principal of AlphaTauri Franz Tost believes his team must target a top-five finish in the constructors’ championship for the upcoming season.

Tost said recently, “I hope that we will do a step forward and then the target becomes quite clear. We have to improve our performance and we have to finish in the top five in the constructors’ championship.”

AlphaTauri will have the additional advantage of once again having Honda provide their power units for 2020. The Japanese manufacturer have rapidly evolved with Red Bull over the last few seasons and late indications last year suggested that their PU already on par with their more established rivals.

Meanwhile, Kvyat has his eyes firmly set on family. During the weekend of his phenomenal German Grand Prix, his partner Kelly Piquet (daughter of three-time world champion Nelson Piquet) gave birth to the couple’s first child; and the off-season provides the perfect opportunity to develop a family relationship

AlphaTauri are set to unveil their 2020 car on February 14th, one week ahead of the year’s first pre-season test in Barcelona.