The late Niki Lauda’s ten percent stake in the Mercedes AMG F1 team will return to the manufacturer according to the Austrian’s son, Mathias Lauda.

Lauda passed away in May of last year following health complications linked to the lung transplant undergone by the F1 legend during the summer of 2018.

However, upon Lauda’s untimely passing, his shares have not been transferred to his family’s estate but will be returned to Mercedes, according to a pre-established agreement with the team’s principal shareholder.

“His shares will return to Stuttgart, to Mercedes itself, during 2020,” Mathias Lauda told La Gazzetta dello Sport.

“They will not move on to other families. This was already agreed in a written agreement a couple of years ago.” 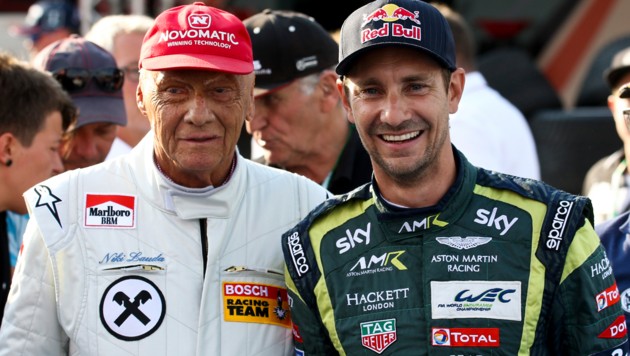 Nine months on, Lauda’s family is still adjusting to their tragic loss.

“When I wake up in the morning I still cannot believe he is this legend of motorsport,” said Mathias, speaking in Daytona last weekend where the 38-year-old raced for Aston Martin in the Rolex 24.

“I think about him every day. It’s already eight months since he has gone and that was when I started a new chapter in my life. I try to do the best to make him proud.

“Motorsport was everything for my dad. He started very young without the support of his family and won three Formula 1 titles.

“He was the only driver to stop after a terrible accident and come back to win a title.”