Even before a packed week of official 2020 car launches followed by the start of pre-season testing in Barcelona on February 19, Ferrari’s Charles Leclerc has already been back in action behind the wheel and out on track at Spain’s Circuito de Jerez.

After a delay due to early morning fog, Leclerc reportedly completed a total of 130 laps of the circuit in a closed session on Saturday without incident. The team refused permission for the release of any pictures from the session.

Ferrari were getting their first taste of the new 18-inch tyre compounds that will be introduced to the sport in 12 months time as part of a sweeping series of reforms of the sport’s rules and regulations.

Renault, McLaren and Mercedes have already tried out the new Pirelli tyres last season, but Ferrari deferred their own trial until the start of 2020. Pirelli has also released details of how the test programme would continue in 2020.

However it doesn’t mean Ferrari gets a jump on the new season on other teams in terms of trying out the new hardware. Leclerc was using a 2019-spec SF90 specially adapted for the new tyres, a so-called ‘mule’ car that will give them no advantage over their rivals.

But the 22-year-old Monaco-born racer was still happy to get the opportunity to blow away the cobwebs with five weeks to go until the Australian Grand Prix.

“Ahhh, it’s so good to be back in the car. 1st test day of 2020 done!” he posted on social media after completing his day’s work. 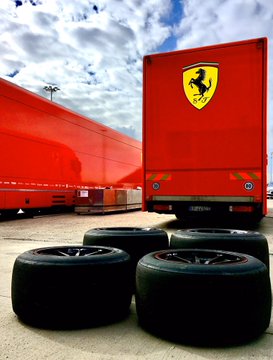 Ferrari’s actual 2020 car will be presented to the media on Tuesday, February 11 at the Romolo Valli Theater in Reggio Emilia.

Leclerc and his team mate Sebastian Vettel will be in attendance for the event along with senior management including team principal Mattia Binotto.

There will be two three-day pre-season test sessions at the Circuit de Barcelona-Catalunya – February 19-21 and 26-28.

Before the teams head to Australia for the first race of the season on March 15, Ferrari will be back in action again on the 18-inch tyres, this time at Fiorano for a wet-weather tyre test for Pirelli on March 6. 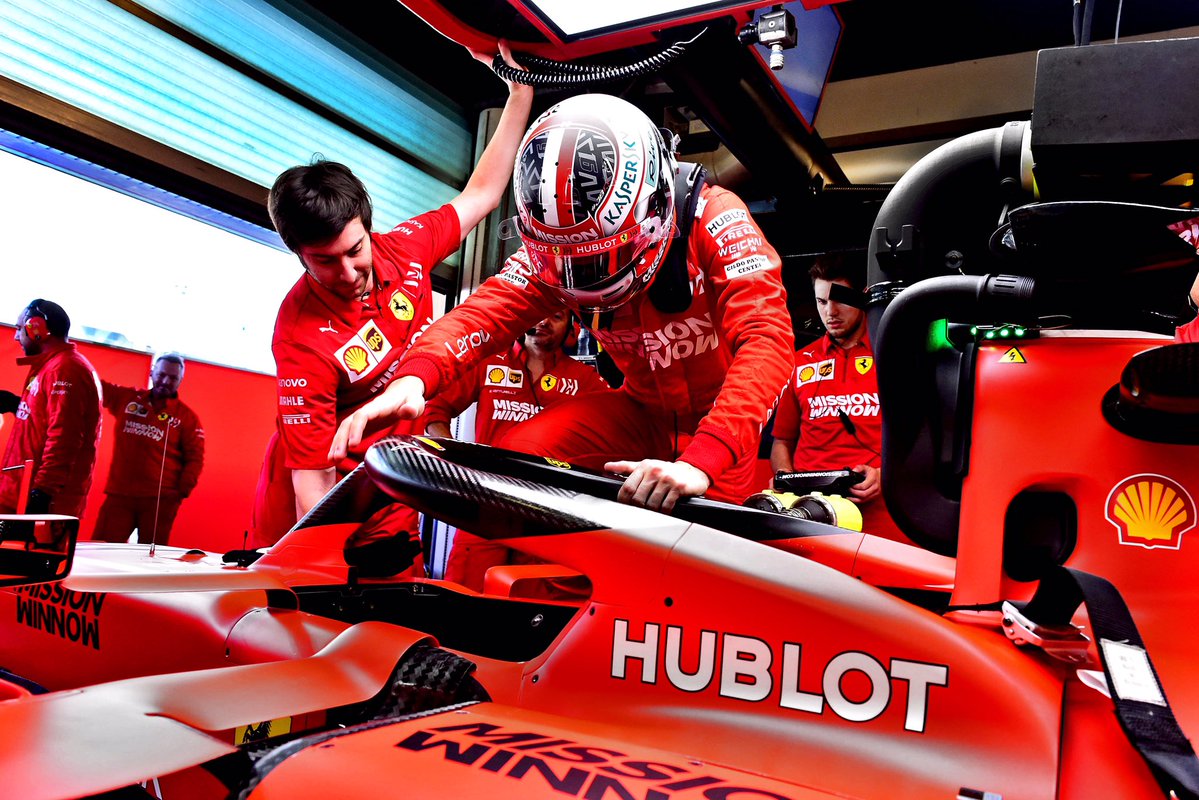 Only the top three teams will take part in wet-tyre testing at circuits that can simulate rainy conditions which includes the Circuit Paul Ricard.

Subsequently, Renault and Mercedes will be on tyre testing duty in Bahrain on March 24-25 immediately fallowing the Bahrain GP.

And Red Bull, Alfa Romeo and Renault will get some track time at Barcelona on May 12-13 following the Spanish GP. All teams will be required to run on 18-inch compounds for the post-season test in December. 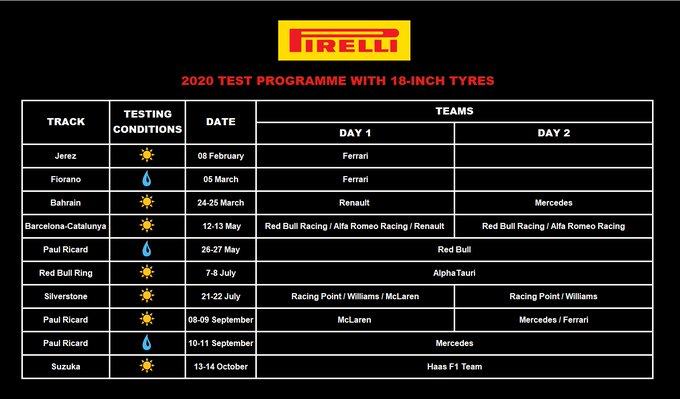