Charles Leclerc justified Ferrari’s subdued start to pre-season testing by the Scuderia purposefully avoiding performance runs at the outset to focus instead on fundamental work.

Leclerc was called up by his team at the crack of dawn on Wednesday morning to replace teammate Sebastian Vettel who woke up feeling under the weather.

Overall, the Monegasque completed 131 laps of the Circuit de Catalunya but clocked in a lowly P11 on the timesheet, 1.313s down on the Mercedes of pacesetter Lewis Hamilton.

“I think we changed a little bit our approach compared to last year,” Leclerc said. “Last year the testing was great, but the first race was a bit less great.

“And yeah, I think we’ve learned a few things on this, and this year we decided to focus more on ourselves, trying to learn the car as much as possible in these first few days, and then focus on performance a bit later on, and we’ll see if that pays off.”

Leclerc’s comments mean that Ferrari was likely running a low power mode and high fuel levels for most of the day as the team’s engineers worked on “correlating the numbers from the factory and the track”, as the 22-year-old put it.

“We haven’t pushed the car, but I’m pushing myself to try and know this car better,” said the two-time Grand Prix winner.

“So, the more laps that we do with it, the more confident I’ll arrive in Melbourne.

“So on that side, on the driving side, I’ve learned a lot, and then the different tests we’ve performed today, I think they’ve been very positive.” 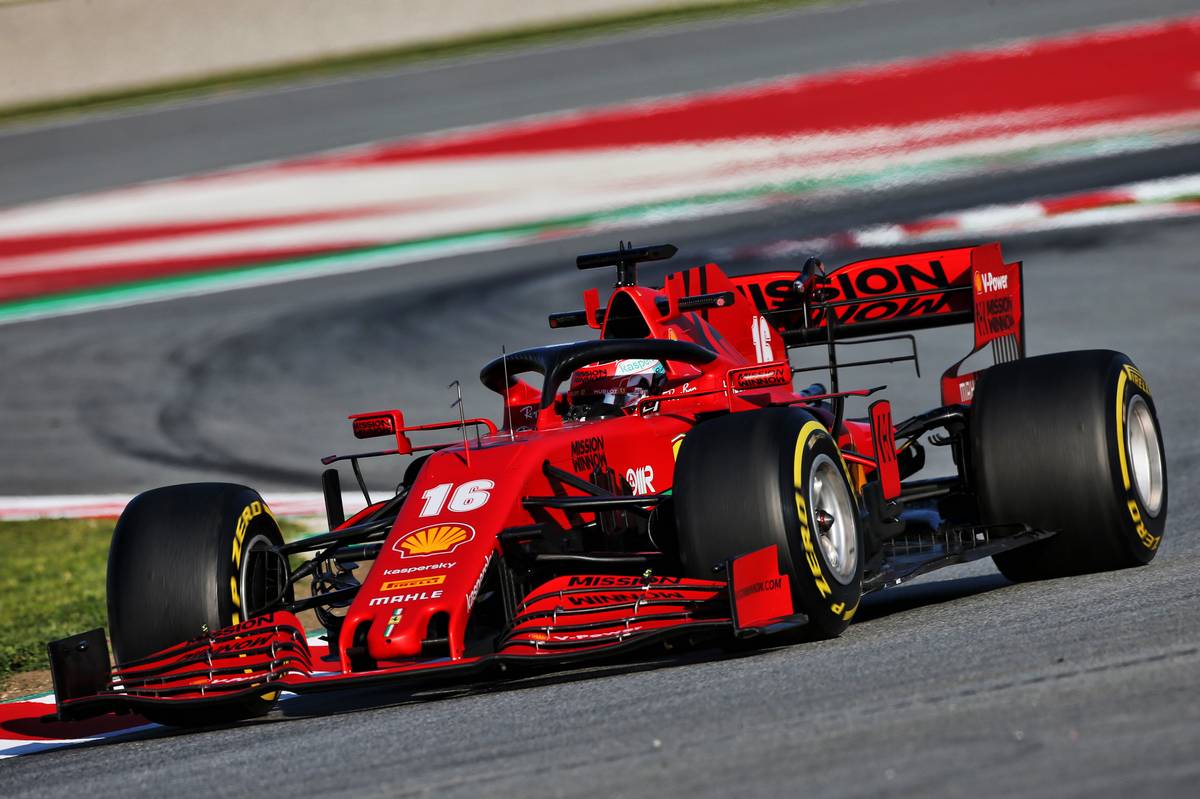 Ferrari’s new SF1000 was designed to retain part of its predecessor’s straight-line speed qualities while improving downforce and cornering strength.

“I feel quite quick in the corners, but it’s always difficult to compare one year to the other,” assessed Leclerc.

“I think the good benchmark will be at the first race when the tyres will be in the right window.

“It’s still very cold now, and the downforce has quite a big effect on tyres.

“So it’s all about having the aero that puts the tyres in the right window. And for now we can’t really know, so we just focus on ourselves.”