Leclerc: Lack of pace relative to Mercedes ‘a bit of a surprise’

Charles Leclerc admitted to being surprised by Ferrari’s deficit to Mercedes in free practice at Suzuka given the superior form displayed by its SF90 in the last four races.

Since the end of the summer break, the Scuderia has had the upper hand over Mercedes on pure pace, the Italian outfit winning three out of the last four races.

Both Leclerc and teammate Sebastian Vettel were confident of upholding their momentum in Japan, but the Monegasque was only fourth in Friday’s afternoon practice, outpaced by both Mercedes and Red Bull’s max Verstappen.

“I think we made the most out of our day, which was the most important, but it seems we are lacking pace this weekend, which is a bit of a surprise,” Leclerc said.

“Because at the end we were very strong in the last four races, we expected to be quite good here, but, yeah, it’s less the case.

“The long run was not great compared to Mercedes. I think we were quite okay compared to Red Bull, more or less the same – I need to check the data, I haven’t checked everything.

“On the low fuel it seems that we are lacking a little bit of pace at the moment, so we need to work on that and to try to understand.

“The car didn’t feel bad, the balance was quite good, but it seems that we are maybe lacking a little bit of overall grip.” 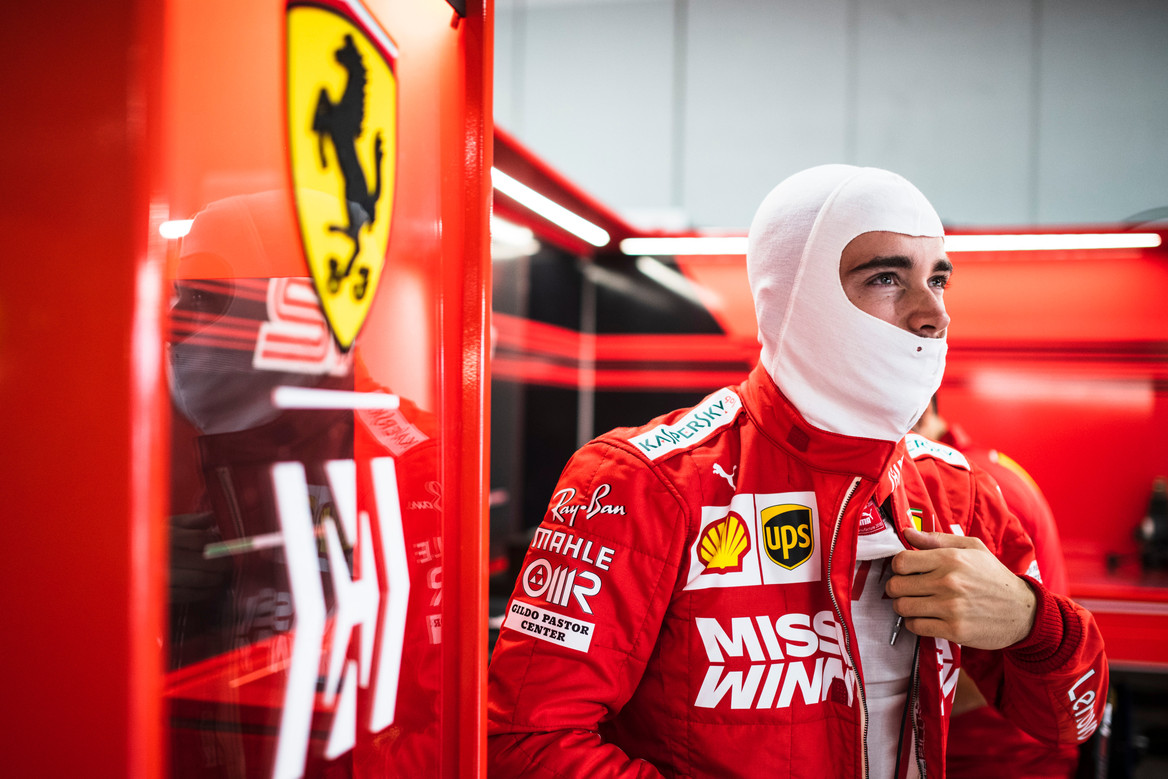 In normal circumstances, Ferrari would work on its pace and improve its performance on Saturday, but Leclerc believes the cancellation of tomorrow’s schedule will make any further progress for Sunday difficult to achieve.

“It’s going to be difficult, realistically,” Leclerc said. “But I believe that I didn’t drive very well today, so I need to work on driving first.

“Then we’ve got a few set-up changes to do on the car, and hopefully putting everything together we’ll do a step forward.”

Vettel agreed with his teammate’s assessment regarding the SF90’s lack of overall pace, although he believes there is more to extract from Ferrari’s contender.

“I think we were quite okay, maybe just lacking a little bit of overall pace,” he said.

“It was not the perfect day for us so there’s a bit more in the car. But you need to be honest, and Mercedes was very quick, every time they went out on track.

“Plus, it looked a bit more comfortable for Red Bull as well here. So, it will be tight, and I expect them both to be very strong on Sunday morning as well.”