Leclerc: Nothing changes, we need to trust each other 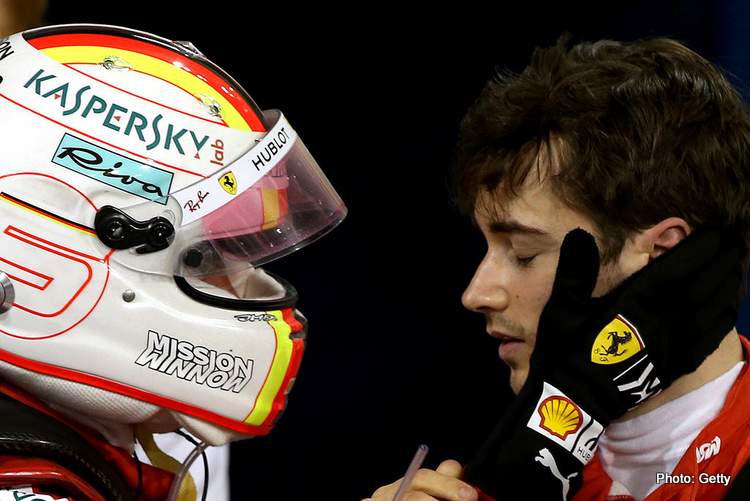 Charles Leclerc said he has retained full trust in Ferrari teammate Sebastian Vettel despite their radio feud over a broken agreement in the opening laps of Sunday’s Russian Grand Prix.

The 21-year-old Monegasque racer, who gave Vettel a slip-stream to enable him to sling-shot into the lead on lap one, claimed they had agreed to hand him back the lead, suggesting that the four-time champion had ignored team orders.

The agreement came a week after Ferrari had helped Vettel triumph for the first time in 13 months at the Singapore Grand Prix with an ‘undercut’ pit-stop that deprived Leclerc of a hat-trick of wins.

“I think everything was respected,” said Leclerc after the race, pointing out that he had repeated this on team radio, even when he prompted the team to manage the situation more clearly.

“At the start, I went to the left to give Seb the slip-stream. I knew he would overtake and then we just had to swap back, which we did at the pit-stop later in the race.”

Leclerc regained the lead when Vettel was called in to pit, but the German then retired on lap 28 with an engine failure that required a Safety Car intervention gifting the initiative and victory to Lewis Hamilton and Mercedes.

Big Question: Can there be trust between feuding teammates?