Charles Leclerc says Max Verstappen’s controversial move to win the 2019 Austrian Grand Prix is “not the way you overtake” after their wheel-to-wheel Formula 1 battle ended in contact.

The two drivers bumped wheels as Verstappen finally overtook the Ferrari at the Turn 3 right-hander at the top of the hill at the Red Bull Ring, one lap after a failed attempt in which they ran side-by-side without touching.

Immediately after the race Verstappen questioned “the point of being in Formula 1” if that pass was considered illegal.

When asked by Autosport in the post-race press conference if he felt the win had been stolen from him, Leclerc said: “Red Bull was very quick today, very good at keeping the tyres better than us.

“If I feel that the [first] overtake [attempt] was done rightly, I don’t think the second one was.

“I believe that the end would have probably been the same anyway but it’s just not the way you overtake, I think.” 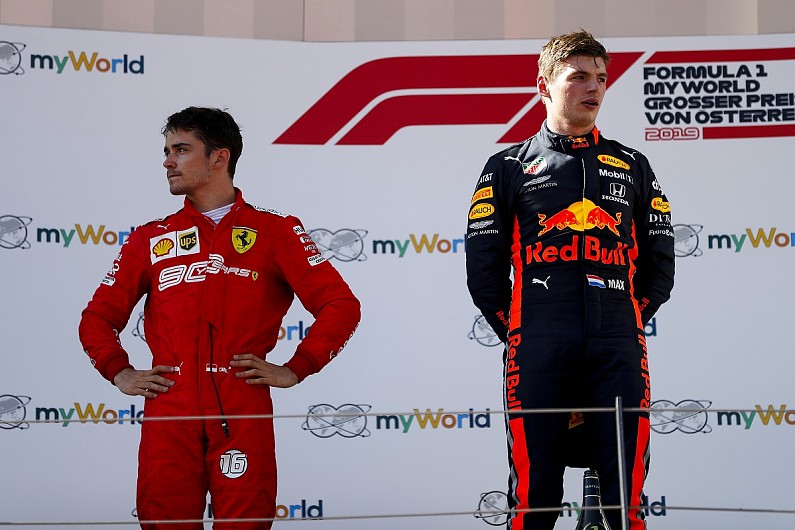 Verstappen had charged up the order from eighth on the opening lap after his Red Bull’s anti-stall kicked in at the start and dropped him from the front row.

His first attempt to pass for the lead was unsuccessful after Leclerc made use of more room on the outside line to hold on and outdrag Verstappen down to Turn 4.

But Verstappen’s second attempt led to contact and a post-race stewards investigation that was began at 6pm local time.

When asked by Autosport to talk through the differences between the two moves, Verstappen said: “I think the second one I braked a bit deeper into the corner.

“We had a little contact of course, mid-to-exit of the corner. From my side I think it’s racing.

“We all know there’s a crest in that corner as well, so if you take the crest wrong, because we both went a bit straight on, at one point you run out of room.

“But it’s hard racing. It’s better than just following each other and having a boring race.”

Leclerc said straight after the race that it was “pretty clear” who was to blame from his position in the car.

“I did the same thing from the first to the second lap,” Leclerc said when asked by Autosport if he felt he could have done anything different to avoid the contact.

“The only thing that changed from the first to the second lap was contact.

“And then I had to go wide, I lost quite a bit of time there.”

Pushed again on his role, Leclerc said: “I did not expect any contact on the second lap.

“As Max said he braked a little deeper. I don’t know if he lost it or not. But then there was the contact.

“I felt I was quite strong in traction on the first attempt, I managed to have a better traction and kept my position.

“On the second one I couldn’t do that because I was off-track.”