Charles Leclerc says his US Grand Prix was undermined by an “extremely hard” first stint, the cause of which the Ferrari could not explain.

From the outset, the Scuderia’s drivers were challenged to keep up with their front-running rivals in Austin.

In the opening laps, a struggling Sebastian Vettel progressively fell down the order before a suspension failure put an end to his misery on lap 8, while Leclerc held his own in fourth place but was never a force to reckoned with.

The Monegasque opted for a two-stop strategy, running on all three compounds, but a massive pace deficit left the Scuderia charger a whopping 52 seconds off the lead in the end.

Leclerc admitted he couldn’t wrap his head around the reasons why his opening stint on the medium tyre had been so poor.

“It was an extremely hard day, probably the most difficult race of the season, with Budapest. We never found the pace really,” Leclerc said.

“The first stint was extremely hard. I believe this was the main problem of the race. To be completely honest, I’ve got no explanations.

“The front-left felt very, very weird. We need to analyse that, because I’ve never had this feeling before. I’m pretty sure something was not right on this stint.

“Then the two other [stints], the pace was not as bad as the first one, that’s for sure, but still not as strong as the guys in front.

“So, this we need to understand, but the first stint is the one that doesn’t seem right to me.” 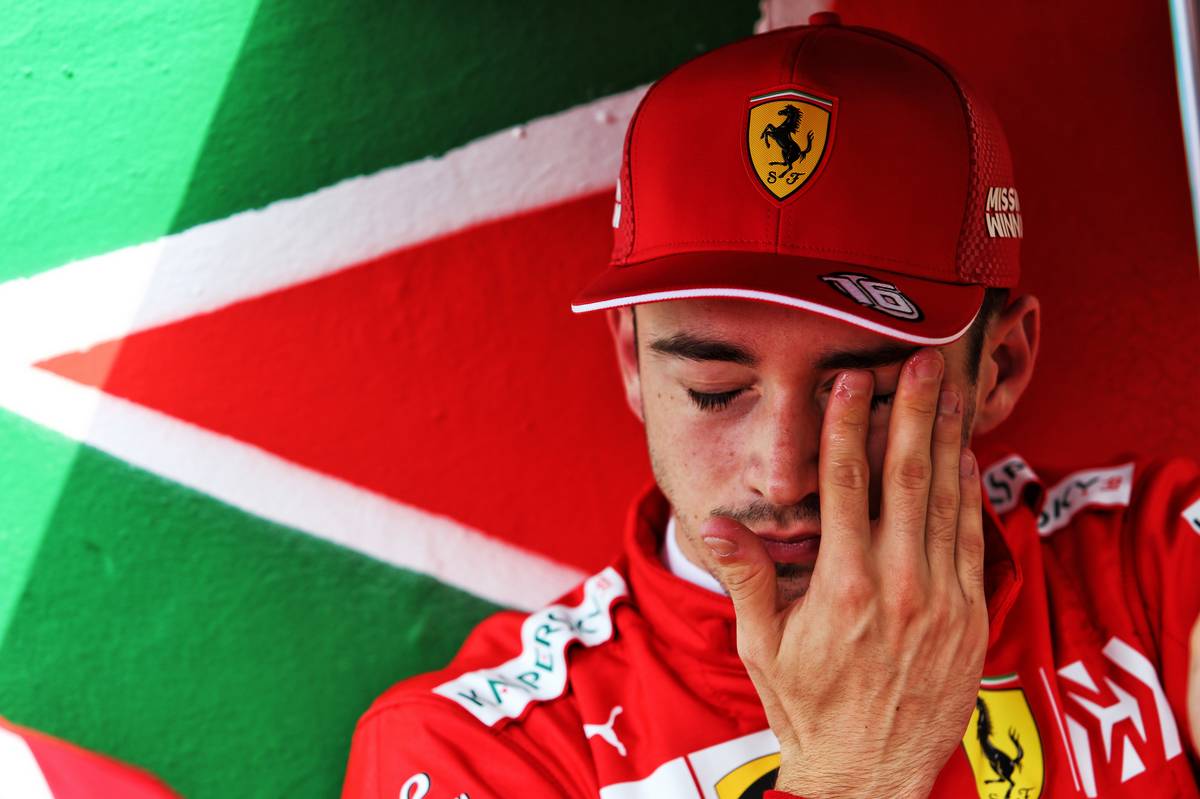 Regarding Vettel’s suspension failure, Ferrari told Leclerc to remain clear of Austin’s kerbs when it occurred.

But the 22-year-old wasn’t sure why his teammate’s rear left had failed.

“I had a radio message don’t take the kerbs in some corners, so I believe they probably suspected it was the kerbs, but for sure the bumps didn’t hemp either.”