Mallya was at the helm of Force India for a decade, buying the team from Spyker in 2008 but relinquishing his ownership when the Silverstone-based outfit went into administration during the summer of 2018 and was taken over by billionaire Lawrence Stroll who re-branded the team Racing Point F1.

Keeping tabs on his former squad, Mallya was quick to congratulate Stroll on his consortium’s investment in Aston Martin and its future commercial and technical association with Racing Point.

“Lawrence and I are friends, and in fact I congratulated him this morning on the news. He’s a very astute investor, and his track record proves that.

“If you look at the share price of Aston Martin today, he’s obviously made a sweetheart deal. 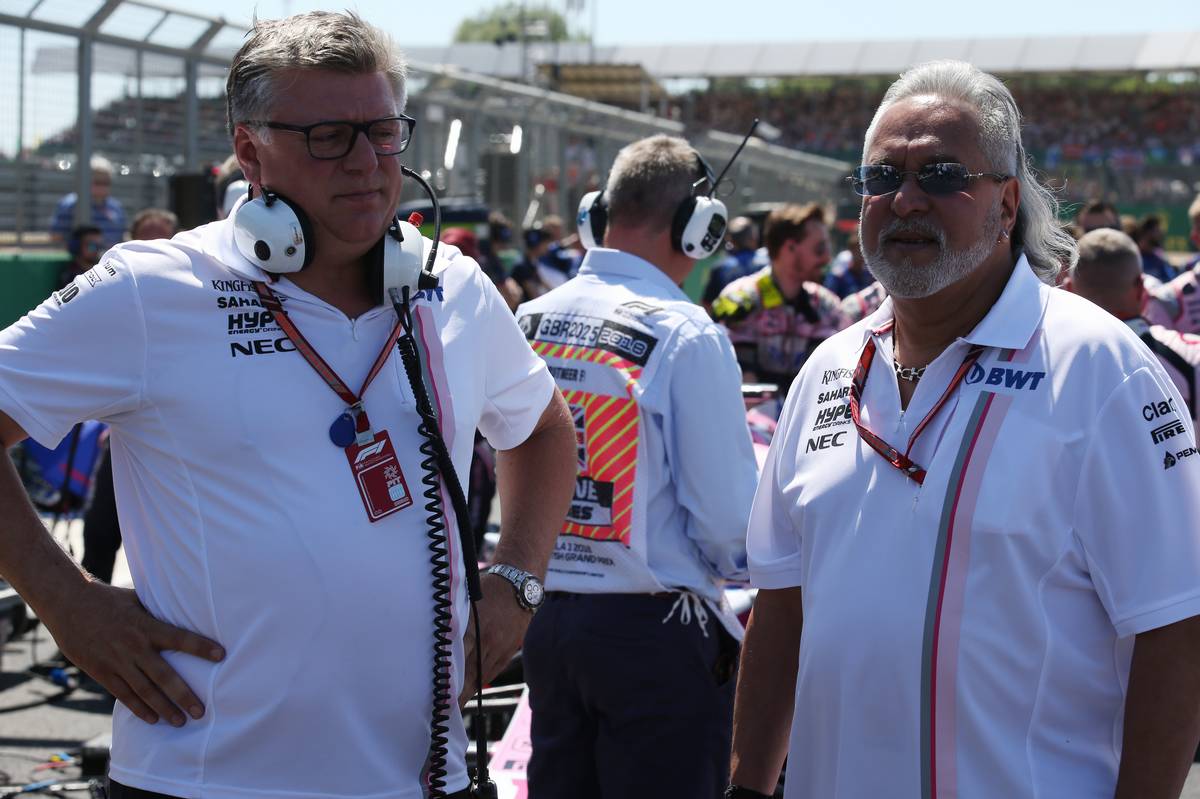 “Under his chairmanship and with the new range of models that Aston is planning there’s only one way to go, and that’s north.

“For Racing Point it is absolutely fabulous that it will become a works team with support from a great British marque like Aston, with all its heritage.

“Aston has plenty of followers, and they will all become Racing Point followers as well.”

Mallya revealed that he had previously attempted to secure a sponsorship deal with Aston Martin back in 2015.