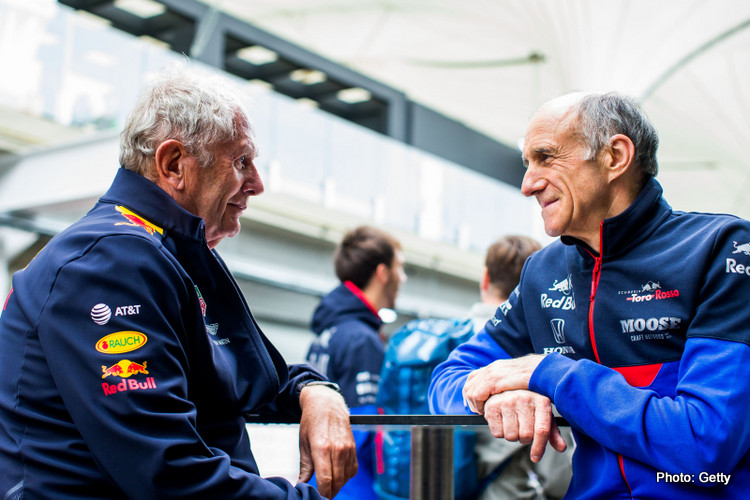 In attendance for the lavish launch of AlphaTauri’s AT01 in Salzburg, Marko explained the change in name from Toro Rosso represents more than just a facelift for the team.

“With this name change and all this publicity and the funds going into promotion, the demand [for resources] has clearly increased,” Marko told motorsport-magazin.com

At the same event, AlphaTauri team principal Franz Tost stated his goal is to finish in the top-five of the constructor’s standings, while Marko acknowledged there has been a shift in the dynamic with the Red Bull senior team.

“There is a transformation and an upgrading from junior to sister team. Everything that is permitted and as far as our capacities are sufficient is [also provided] at AlphaTauri,” he said.

However, regulations and time constraints mean there won’t simply be four identical cars on the grid, but Marko indicated the AT01 will start the season as a facsimile of last year’s Red Bull RB15, and take on aspects of the new RB16 as the months go on.

“Of course with a time lag, because with the pace of development that Red Bull Racing has, we are more than challenged ourselves, especially in this early phase of the season. The backlog is between three and six months. The great evolution has taken place at Red Bull and this can only be incorporated [at AlphaTauri] by the middle of the season at the earliest, if at all.”

Further to that point, Marko admits some parts which have been radically redesigned by Red Bull for 2020 — such as the nose and front suspension — are unlikely to be seen on the sister car, given the difficulty adapting them to an older concept.