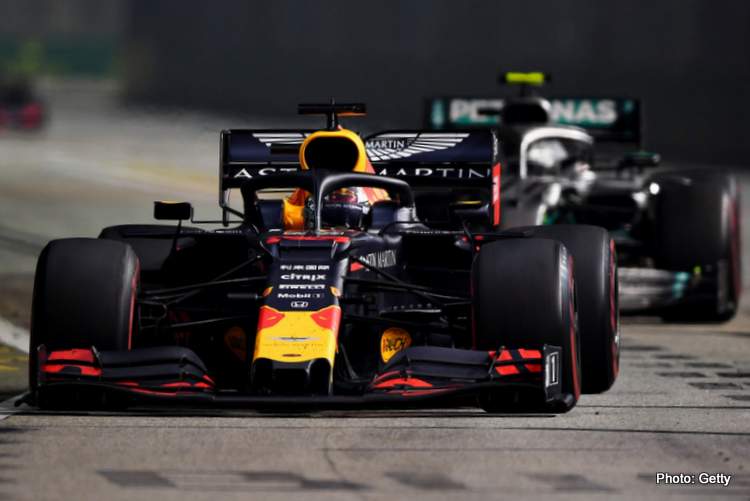 Red Bull advisor Helmut Marko does not think Ferrari will get in the way of Red Bull’s fight for the 2020 Formula 1 title and believes Honda’s engine is almost up with Mercedes.

Red Bull actually finished third last year behind both Mercedes and Ferrari, but Marko thinks the energy drink-owned team is poised to leapfrog their Italian rival.

“We were ahead of them in the last third of the season,” the Red Bull official told Auto Bild. “They didn’t seem to have the advantage, especially with the engine, that they had before.”

At the same time, Marko says Honda has delivered an exceptional level of progress, “Honda not only fulfilled their promises, they exceeded them by far.

“They’re almost on par with Mercedes, only a little is missing in qualifying now. But I am convinced that Honda can also take that small step.

Then it is up to us to build a car from the start that will compete for the title. So far it looks good because we will be finished sooner than ever,” revealed Marko.

“Our main rival will be Mercedes, and especially Lewis Hamilton. I have to admit that he drives almost perfectly and is currently the best driver as a package but our Max Verstappen is coming.”

“Red Bull is able to build cars that can win championships and Max Verstappen is incredibly good. And Honda’s commitment is as big as its progress,” he added.

Big Question: Will Honda be on par with Mercedes in 2020?