Marko: We’re going into 2020 as prepared as never before 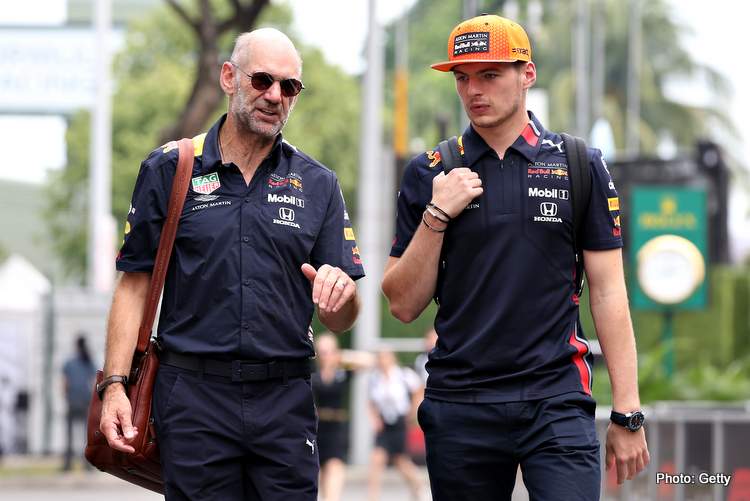 Red Bull advisor Helmut Marko has put his money where his mouth is (or a noose around his neck) by declaring that his team have “no excuses for 2020” and claims the Milton Keynes outfit will be better prepared than ever for next season.

After switching to works Honda power, the team remained a Top Three Formula 1 team in 2019 but is clearly targeting the title with Max Verstappen next year.

Marko told Servus TV, “We have no excuses for 2020. We learned a lot of things in the season that has just ended, the power of the engine is at the top and we have a benchmark driver. So it’s up to us to make a good chassis.”

He explained that Red Bull-Honda’s preparations for 2020 are on track, and revealed that the trend of being late with a new car has been reversed, “For the first time, the engine is on the test bench already, 14 days earlier than usual.

“We’re going into the new season as prepared as never before and with a great concept,” he added, dispelling fears that Adrian Newey and his tech-team will be late with the RB16.

Last season, the Bulls spent most of the first half of the year to try to tap into the performance of their car and thus took nine races before Verstappen scored the team’s first win with Honda power, fittingly, at the Austrian Grand Prix.

Despite the famous landmark victory at Red Bull Ring, by then Mercedes had won eight races in a row, with Lewis Hamilton winning six of those.

By the time RB15 revealed its sweetspot the championship was over. It was another Mercedes and Hamilton clean-sweep and the remaining rounds a mere formality in the ratifying of the inevitable.

Thereafter Verstappen finished on the podium six times, twice as a winner: in Germany and Brazil.

Meanwhile, Honda’s future in F1 for 2021 and beyond is uncertain. Neither parties revealed much in a low-key statement confirming the partnership will continue in 2020.

Like his boss, Verstappen is also fired up ahead of next season. Speaking to reporters during the FIA Prize Giving Awards in Paris, where he picked up his trophy for third place in this year’s F1 championship standings, he was asked if he would be a title contender after

“Yeah, I think we do, also looking at the plans for next year. But, of course, you still have to wait and see what the others come up with,” he replied.