Arrow McLaren SP has signed up Pato O’Ward and Oliver Askew for its 2020 IndyCar campaign, the team parting ways with incumbent James Hinchcliffe.

O’Ward and Askew, who join the new entity as former and current Indy Lights champions respectively, will compete in the full 2020 IndyCar season.

“With our background in Indy Lights, I’ve followed Oliver and Pato closely over the last few years on the Road to Indy,” said Arrow McLaren SP co-owner, Sam Schmidt.

“I couldn’t think of a better pairing as we write the first chapter in Arrow McLaren SP’s story. They’ve proven their skills on the Road to Indy and with an Indy Lights championship each, they are ready and deserving of full-time seats in IndyCar.

“I have no doubt that Oliver and Pato are the right drivers to move Arrow McLaren SP forward.”

A former Red Bull junior, the 20-year-old O’Ward was released from the energy drink’s programme earlier this month.

The nomination means that Hinchliffe will move on from the team he joined back in 2015, having scored thee wins with Schmidt Peterson Motorsports in the past.

Hincliffe will remain contracted to Arrow McLaren SP but is free to secure alternative opportunities for 2020.

It was initially believed that the experienced Canadian would remain a member of the new McLaren SP entity, but Hincliffe’s close ties to Honda may have precluded the 32-year-old from continuing to race for a team that is switching its engine allegiance to Chevrolet for 2020.

Arrow McLaren SP’s late decision on its line-up is a blow for the Mayor of Hinchtown as good racing opportunities are scarce at this stage. But as a top class driver, Hinch might be tempted by a change of scenery. Could NASCAR come calling? 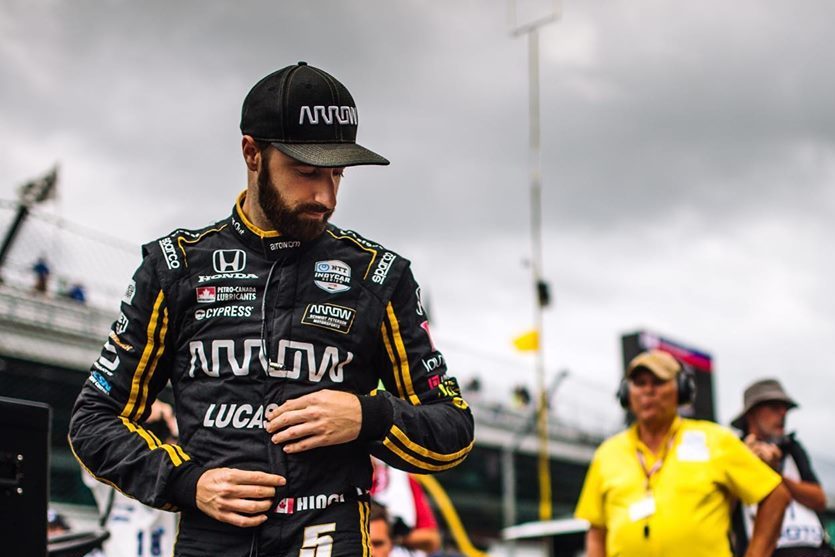 “James has been a great ambassador for our team, and for the sport, over the last five years,” said Schmidt.

“Our history dates back to his early days in Indy Lights and we’ve been on a tremendous journey together. Most impressive was James’s determination to come back after his accident in 2015.

“I have the utmost respect for James and would like to thank him for his hard work and accomplishments during that period and wish him well in his future endeavors.”