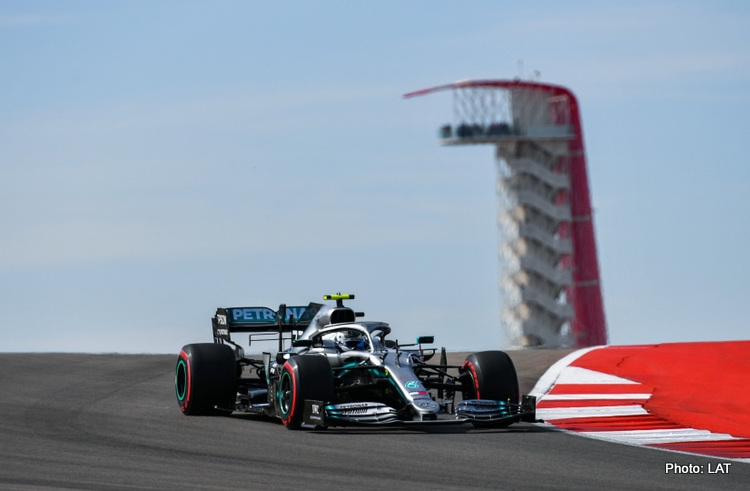 Mercedes report from Saturday at the United States Grand Prix, round 19 of the 2019 FIA Formula One World Championship.

Valtteri storms to pole at the Circuit of the Americas

Valtteri Bottas
This is very satisfying – it’s been a while since we’ve last been on pole, so this is a great feeling. I was struggling with the car yesterday, but we’ve made a number of changes overnight and today the car felt much better. I knew going into qualifying that the car had the potential to fight at the front, I just had to get a good lap together. I’m very pleased with my first lap in Q3; it wasn’t quite perfect, but good enough to put us on pole. It’s always an advantage to start from the front; now it’s up to me to try and maintain the lead at the start tomorrow. Our long runs looked good yesterday, so hopefully we can get a strong result in the race.

Lewis Hamilton
This must be one of the worst qualifying sessions I’ve had in a long time. Clearly the car had the capability to be on the front row, I just couldn’t put the lap together. Valtteri did a great job, so congratulations to him. Now I’ll have to try and figure out what went wrong today and how I can get myself to the front. It’s going to be a tough challenge trying to get past two Ferraris, a Red Bull and Valtteri, but I’ll continue to work at it and hope that I can do a better job tomorrow.

Toto Wolff
That was an exciting qualifying session – it was very tight, with a few cars within just a few tenths. It’s been a little while since we’ve been on pole and it’s a very good feeling to start from the front again, we’ve all missed it. Valtteri had a strong qualifying and put in a brilliant first lap in Q3 which was good enough to secure pole. Lewis had a trickier time, it just wasn’t his qualifying session today, so we’ll take a look at what happened. Tomorrow looks set to be an interesting race, it appears to be quite close between the top teams in terms of race pace. It’s still all to play for from P1 and P5 on the grid, so we’ll give it our all and see how it plays out.

James Allison
This is our first pole since before the summer break and what a welcome pole it was – incredibly tight, incredibly exciting and fantastic to have Valtteri put our car on the top step today. It wasn’t such a happy session for Lewis and a bit of a surprise because he was very strong on the first two sessions. But I think he would be the first to say that was a bit of a messy couple of laps in Q3. He’ll live to fight another day tomorrow, we had good pace in the car in the long runs on Friday and we hope that we can make that count tomorrow in the race.