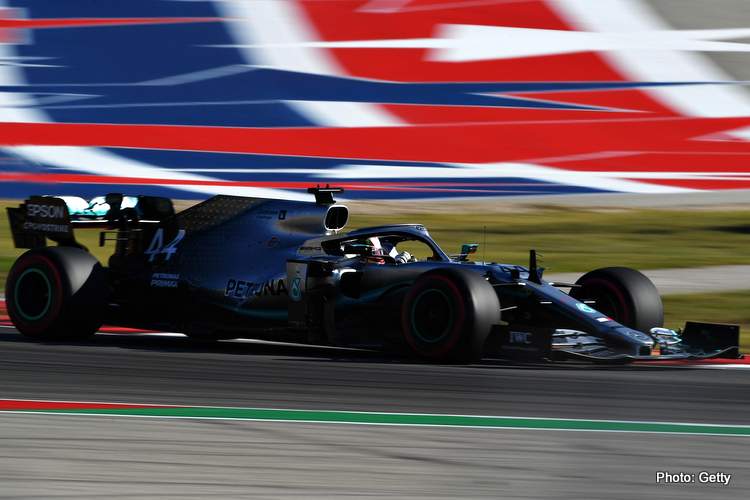 The Briton qualified only fifth fastest in Austin, while Finnish teammate Valtteri Bottas took pole position, before finishing the race in second place to secure his sixth world championship.

Hamilton had qualified on pole in Austin for the previous three years and had started on the front row there in every race since 2014.

“During the course of the lap, underneath his right hand, there’s a little rotary and that rotary adjusts the engine braking,” said Mercedes’ strategy head James Vowles in a race debrief.

“Normally it has a guard on it, and what happened is the guard had been accidentally knocked off and as he went through the lap and every time he turned the steering wheel, he accidentally changed the engine braking and that caused him to lose performance towards the end of the lap.

“The mechanics spotted it immediately the second the car had come back in but obviously the first run was compromised as the result.”

The times in the second runs were slower for everyone due to a slight change in the wind and a lower track temperature, Vowles added.

Hamilton had blamed himself after the qualifying session, saying the car was not at fault.

“It was nothing to do with the car, just me. I just didn’t pull all the laps out together today,” the 34-year-old said at the time. “Clearly the car had the capability to be on the front row and I just didn’t do it today.”

His sixth championship, sealed with two races to spare, left Hamilton one behind the all-time record seven of former Ferrari great Michael Schumacher.