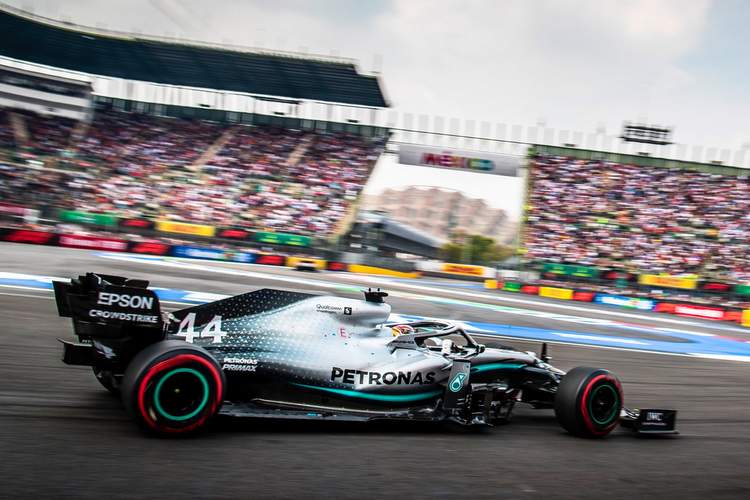 Lewis Hamilton scored Mercedes’ 100th Formula 1 victory as he took a step closer to a sixth World Championship delivered a controlled, albeit unexpected win, as Ferrari once again fumbled a winning chance.

The Briton scored his 83rd Grand Prix win in a race which promised much and indeed started frantically but then petered out into a stalemate with very little racing happening on the day.

Nevertheless, it was an intriguing contest as Ferrari once again messed up a possible victory despite hogging the front row and Charles Leclerc leading teammate Sebastian Vettel until lap twelve everything going to plan.

But then they fumbled Leclerc’s pitstop, costing the Monegasque five seconds which yet again turned a sure win into fourth place. Vettel crossed the line in second place, 1.7 seconds adrift of the winner, and Leclerc fourth. Another epic fail by the Scuderia.

With Hamilton moaning on the radio about the condition of the hard tyres, perhaps the boys in Red felt the rubber on the Mercedes would fall off the cliff, but they were wrong as they added another chapter to their evergrowing book: How to turn sure victory into defeat!

Red Bull teammate Alex Albon gave another solid performance to finish fifth albeit 21 seconds down on the fourth-place man with teammate Max Verstappen in sixth.

The Dutchman inexplicably won the Driver of the Day (which immediately puts the accolade into question) as he again showed why he is his worst enemy.

After the brainless admission after qualifying that he deliberately ignored the yellow flag, and got away with a slap on the wrist by the FIA instead of a red card, namely immediate one-race ban or at least sent to the back of the grid. 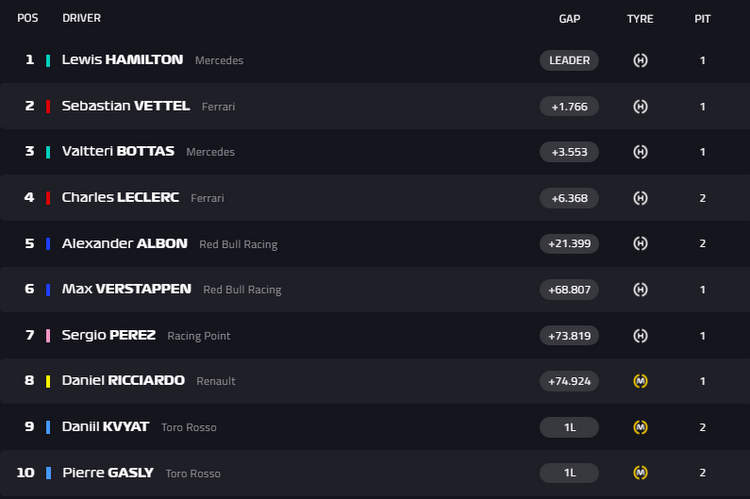