Miami Grand Prix organisers surmounted on Wednesday a final legal hurdle blocking F1 from racing around the Hard Rock Stadium in 2021, but local residents aren’t giving up on their battle to keep the sport away from their city.

A proposed Miami Gardens ordinance seeking city input into zoning rights that would have jeopardised the planned F1 event resulted in a  6-6 split vote, a dead heat that paves the way for the race to take place around the Miami Dolphins’ Hard Rock Stadium.

Miami Dade Mayor Carlos Gimenez called the failure of the proposed ordinance a win for the community.

However, a number of concessions to local residents were necessary to secure the commissioners’ tied vote.

Among the compromises was the removal of part of the planned track from public roads, mainly NW 199th Street, and keeping the circuit layout limited to the Stadium’s confines, including its vast parking lot area.

Previous concessions relating to noise pollution and the absence of track activity during school hours were also confirmed.

“We are happy that the commissioners reaffirmed again today that the Hard Rock Stadium entertainment complex is a regional facility that exists to benefit all of Miami Dade County.

“We are glad to put this long delayed vote behind us so we can begin to make the multi-million dollar investment required to bring a race here, and have positive and productive conversations with local leadership about the many benefits that a global event of this nature brings.” 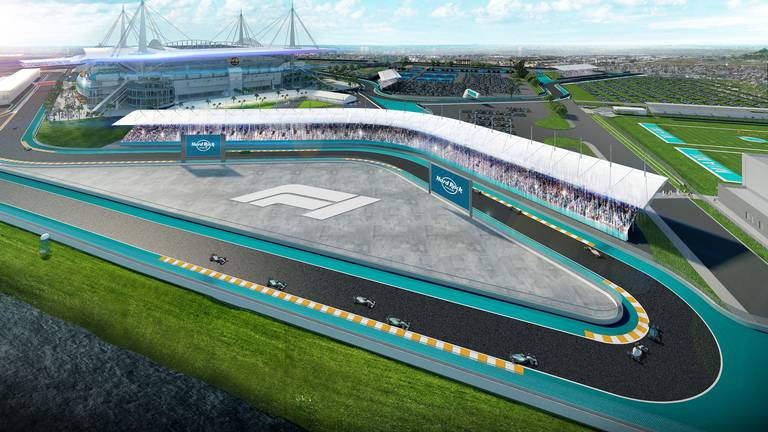 Initially, the vote was indeed good news for Formula 1 and billionaire race promoter Stephen Ross, the owner of the Miami Dolphins and the Hard Rock Stadium complex.

But another legal headache popped up moments after the anti-F1 legislation was defeated, when Miami Dade Commissioner Barbara Jordan, a staunch opponent of the F1 race, filed a lawsuit against the Dolphins and Hard Rock.

“This fight is not over,” Jordan said during a protest rally at the County Hall. ““Formula One, I don’t think they want this kind of publicity. But they better get ready.”