Montezemolo: Ferrari must be able to fight all season long 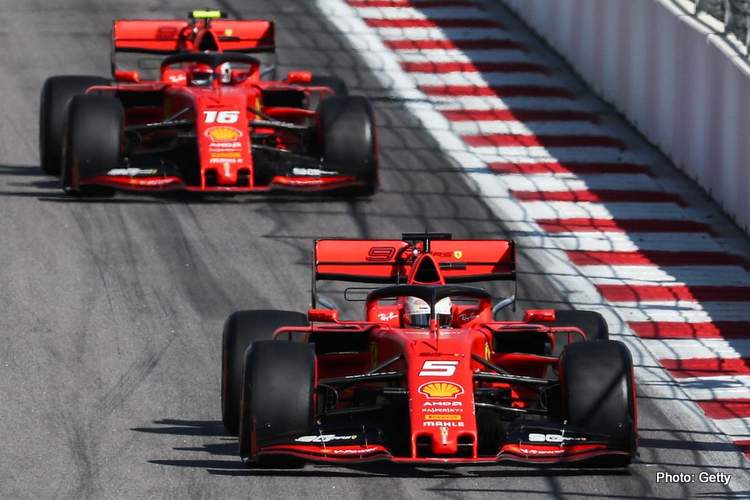 Much has been written of Ferrari’s miserable 2019 Formula 1 World Championship season which began with so much promise but by early August the damage was done, 12 titles in six years became a formality thereafter.

Former Ferrari president Luca di Montezemolo believes that only when the Reds are capable of sustaining a season-long challenge can they start dreaming of world titles in the top flight.

This year the Reds once again flattered early on only to deceive not long after. Trounced at the season opener in Melbourne, they got hammered in the first dozen races and after that they were always playing a game of catch they were never going to win. Mercedes and Lewis Hamilton were again far too good.

When Ferrari finally got going, after the summer break, they did have the best package but became their own worst enemy with botched pitstops, strange strategy calls, technical mistakes and of course the feud between veteran Sebastian Vettel versus precocious newcomer Charles Leclerc.

With this as the background, Montezemolo told Sky Italia, “Winning in F1 means having a set of elements all in perfect harmony.”

Montezemolo is the last Ferrari president to have won an F1 world title and, needless to say, avidly follows every race. Looking back on the season he said, “Given the early indications and the winter tests. I hoped this last world championship would go better for us.

“For a few years Ferrari has not won the F1 title because there are many variables but, for too long, they have never been able to do so because they have not been in a position to challenge consistently until the very end.

“I have some bad memories of many titles lost at the last race of the season but at least we were there until the end with a chance to win. This year and in the [recent] past, this has not happened I am sorry to say.

“Binotto is smart, next year I expect an improvement from Red Bull and the Honda engine, but Ferrari has to have all the elements at least to try to win and fight until the last race,” added the former team chief.

While Maranello may go on to produce the best car in 2020, managing and containing their drivers will be a high-priority. While the official word from the Scuderia is that there is ‘love and peace’ between the pair who will also be free to race one another. The smart money is on this saga to continue next year.

Regarding the matter, Montezemolo explained, “Leclerc is a driver capable of winning. A fast and intelligent boy, who learns from his mistakes and can become a champion. Certainly, there have been moments that have had a negative impact on the team. [Ferrari] drivers must know that they are not racing for themselves.

“It takes clarity, a lot of willingness by both to realise this. This is a great responsibility that Binotto and his team will have to deal with. It’s a sensitive issue. Vettel must remain calm, reclaim his confidence and regain his mojo which is very strong. He must have a very open dialogue with the team. These are delicate times as it is contract time,” added Montezemolo.