Morning After: A Shot at Redemption 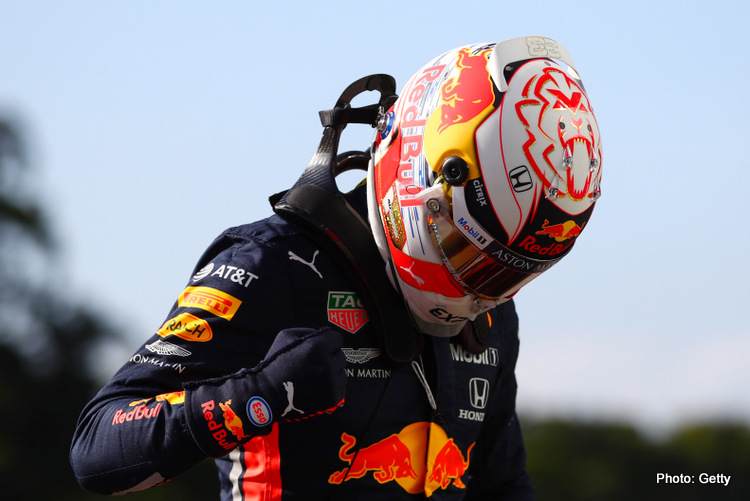 A year after seeing a surefire win fall to pieces, Max Verstappen put himself in the best position to get redemption with pole at Interlagos on Saturday.

If there’s any race Max Verstappen wanted, nay needed, to win this year, it’s the Brazilian Grand Prix. So far, so good.

Earning his second career pole with a Q3 performance that was scarily far-from-perfect, it’s evident the Dutchman showed up this weekend with truckloads of pace – indeed, so much so that he had Sebastian Vettel half-jokingly asking questions of the Honda engine. Oh, how the tables have turned from Austin.

Of course, now Verstappen has to actually go out and win the race, and that’s far from a given. Assuming he holds his position off the line, neither Vettel’s Ferrari nor the two Mercedes are likely to go away any time soon, with the latter posing a particular threat given they can attack in two different ways, and have marginally better race pace.

That said, Max certainly won’t be thinking that way. Not only does he have the ghosts of the Esteban Ocon incident from last year to banish, but the job Lewis Hamilton did on him after his first career pole earlier this year in Hungary as well. Combine that extra motivation with the historical fact that five of the last six winners in Brazil have started from P1, and he’ll be liking his chances – here’s hoping he keeps his head this time.

Now nine races removed from his last pole position, Lewis Hamilton has now matched his longest pole drought since joining Mercedes, per Luke Smith. Considering both his reputation as a quali master and the ease with which he took this year’s title, that stat really speaks to what a bizarre season it’s been.

A trio of drivers who need every bit of positivity they can get, given the course of their seasons, it was great to see Pierre Gasly qualifying best-of-the-rest in P7, and both Romain Grosjean and Kevin Magnussen making the top-ten for Haas. A tremendous opportunity awaits them on Sunday.

On the flip side, it was an absolutely brutal day for Renault power, with no cars reaching Q3. Lando Norris may have been close, but is there any doubt they now have the worst of the four power units?

With a dry race and expected higher temperatures than Friday, the C1 harder compound tyre and a 2stop strategy also become attractive for the Grand Prix.  Bearing in mind that a different permutation of compound usage within any of these plans is possible, the theoretical quickest pit-stop strategies predicted by Pirelli are as follows: