Damon Hill has been talking candidly about the circumstances that led to his spilt from Williams at the very moment that he clinched his world championship.

Hill had missed out on the title the previous season to Michael Schumacher, but finally took the prize in 1996 – only to find himself immediately cast aside by team principal Sir Frank Williams despite having won eight of the 16 races.

“[The final victory in Japan] was tinged with sadness because when I got out of the car I knew that was the very last time I would drive for Williams.

“I couldn’t believe it. I just thought, ‘How does this world work?'” he said in a video interview with Auto Motor Und Sport, which was filmed in the private members club at Brooklands.

“The way I looked at it, if I want to keep my drive then I have to win. But if I couldn’t keep my drive even if I won, then that seemed really bizarre to me.

“At that time I was naive about that. I didn’t have good advice from the people I employed to give me advice, so I got caught out by the chessboard.”

Now an expert pundit for Sky Sports coverage of Formula 1, Hill said that his new day job had given him a more complete view of how F1 worked so that he was better able to understand what had gone on.

“I started working for Sky and you can see the strategy, the way that the pieces are moved on the board before the time they are moved.

“I think Frank signed an option on [Heinz-Harald] Frentzen in ’95 and then Jacques [Villenueve] turned up,” he continued.

“I think he signed Jacques and Frentzen thinking that in ’97 it would be Frentzen and Jacques – and he couldn’t get out of those contracts.

After being ousted from Williams, the newly crowned world champion opted to sign a one-year deal with midfield squad Arrows for 1997.

“It was the only team that would give be a one year deal. Everyone else wanted a two year deal. But now I’m thinking more strategically because I knew Adrian [Newey] was going to McLaren so I knew I needed to be in McLaren in ’98. 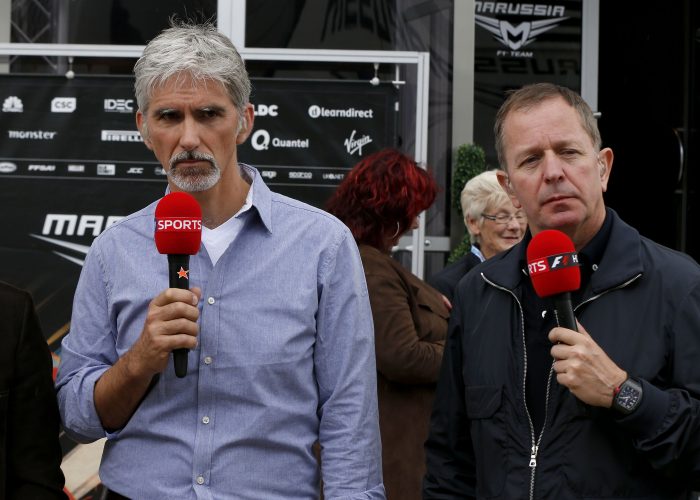 “That would have been good. That was the plan. So I went to Arrows for one year. If Arrows works out, then great – fantastic, I’ve got Arrows. If it doesn’t then I work on McLaren.”

However, Hills hopes of ending up at Woking hit an immovable obstacle in the form of formidable team principal Ron Dennis.

“I worked on McLaren for that season, but Ron – I couldn’t get on with Ron,” Hill admitted. “So he didn’t give me a very sweet deal as they say. It was a very unappealing deal.

“I thought, well if they don’t really want me, having gone through the process of proving yourself as a driver at Williams, and then having to do it again – because the deal, the way he put it, it was ‘We’ll try you and if you’re any good then we’ll pay you.

“What?! I was world champion! Come on!,” Hill said. “I think he did it to be upset me, and it worked. So I said ‘bye’. So I lost – that was my last chance of having another championship.”

Hill ended up instead at Jordan, and led his team mate Ralf Schumacher to a 1-2 at the 1998 Belgian Grand Prix, before subsequently hanging up his racing helmet for good at the end of the 1998 season, following a total of 22 race wins from 115 starts.